Freedom Radio 99.5 FM Muryar Jama’a is the voice of voiceless people. It is set in Kano that is the capital of Kano state found in Nigeria. It is the first radio station in Northern Nigeria that has private ownership. Film Laboratory and Production Services Limited sponsor it. It is equipped with highly skilled and expert professionals.

The network commenced broadcasting on 1st December 2003. It began its journey as a single radio station. Late it became an extensive radio network. Another Dutse station of the network opened in 2007. In 2011, more stations were set up in Kano, Kaduna, Maiduguri, and Sokoto. In September 2011, Dala FM began its transmission in Kano. And in 2012, station in Kaduna also started its operations. 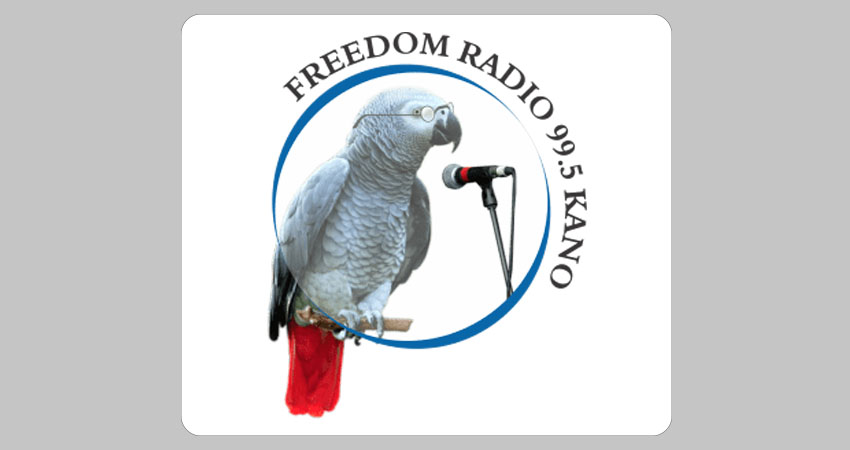 It has a mission to be a dominating radio station in Nigeria. It aims to promote unity and national brotherhood. FM 99.5 becomes the voice of voiceless through its inspirational programs. It fearlessly performs all social activities. It always tries to work in compliance with authorities and provisional Nigerian Constitution. This radio still follows the rules and regulations of Media organizations in Nigeria. It has the vision to raise the standard of broadcasting above the existing level.

Logo of the Station –The Parrot:

The Parrot is a logo of Freedom radio network. Parrot is a symbol of wisdom and being observant. It is a famous bird of Africa and Asia. Parrot is well known for its quality to memorize and repeat the voices. Same as the Parrot, the station repeated the voices of suppressed one till they get justice. In the logo, the Parrot is wearing the goggles. The goggles symbolize the maturity with which the station presents programs.

It employs the Hausa language as a medium of communication in broadcasting. The major programs of the Freedom Radio include Mu Leka Mu Gano Ko Wane Gauta, Global News, and In Da Ranka.
The broadcasting at the network starts with the national anthem and the recitation of the Holy Quran. Sheikh Sudais or sometimes Sheikh Shuraim recites the Holy Quran. Ahmed Sulaiman Ibrahim begins the programming by saying some morning prayers. All these openings start at 05:30 and continue until 6:00.

In Da Ranka is a news magazine program. It features that is considered odd and unusual. Dunyar Wasanni is sports news. This program continues till 15 to 30 minutes.
Barka Da Hantsi is a very interactive kind of show. It has many segments to interact with the audience of every sort of interest. These segments are situational reports, discussions, news bulletins, musical interlude, and brief sermons.