Chinar Radio was officially launched on 17, February 2013, though it started activities in early 2012. It is a private and independent FM station that broadcasts for 17 hours daily. It covers religious, social, cultural, political affairs along with entertainment. With the power of the 1-kilowatt transmitter, 89.8 MHz Cheenar FM is an excellent source of entertainment for the locals.

FM 89.8 Khost was launched to bring people closer to their national values, to make them recognize their principles of living and remove the gap between the Government and the people. Another motive was to give people a more mature view of their surroundings. Mr. Ghafor Mihdi is the investor of this FM channel.

89.8 FM has started to broadcast various programs which are of political, social, cultural, economic nature, sharing info on entertainment and religious affairs since the launch for 17 hours daily. It also includes old folklores, News, and gossip about the Present. 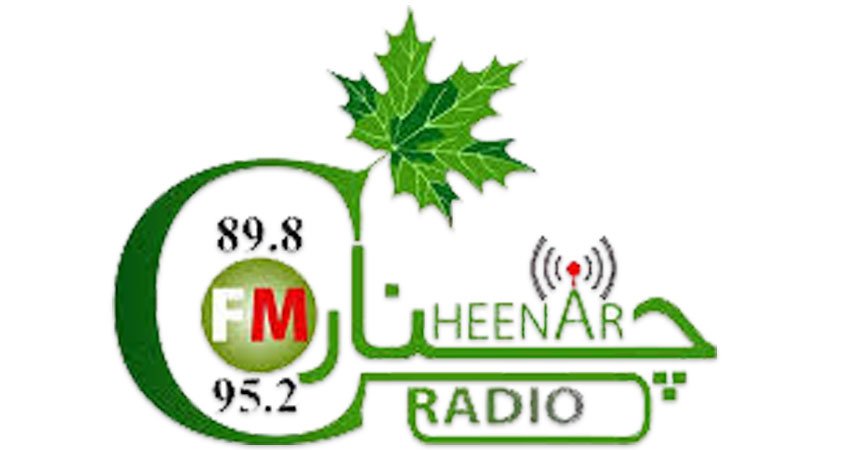 Cheenar Khost FM is to make people aware of the reconciliation and support of the peace program for social betterment. So it targets all Age groups and especially the locals and the surrounding regions. As it also gives religious News and covers entertainment. It is a significant source of knowhow and fresh, crisp News about the region and its situations. By the content, it relays we can analyze that it targets the youth mostly.

The radio broadcasts in all districts of Khost and some neighboring provinces such as Paktya, Paktika, and Nangarhar using Pashto as its sole medium. The Radio station can also be tuned in North and South Waziristan, Mir Ali, Dera Ismail Khan, Hango, Kohat, and Kuram agency of Khyber Pakhtoonkhwa, Pakistan.

Before the launch of Chenar radio, there were six independent stations including Sole Pegham, Woles Ghag, Zwan Ghag, Helo Karwan, Killid radio, and Nan FM in Khost. Other than RTA Khost and Gharghash private TV, there are Kabul-based radio relayed and reachable in Khost. Those are RTA, Arman, Aryana, and Arakozia radio, Shamshad TV, Aryana TV, Lemar TV, and Tolo TVs.These being the major competitors of this Radio station.