Radio Hamasa 91.7 FM is one of the famous radio stations of Afghanistan, and this channel is most prevalent in youngsters. The reason for its popularity is the programs which are played on this FM Channel. Mostly music and entertainment-based shows are focused on 91.7 FM; this station also broadcasts news and some other programs. 91.7 FM provides service for 15 hours a day. It covers a distance of about 80 kilometers.

Hamasa FM is an active channel on the internet. This channel is famous for providing the programs of people interest, which increases the preference of public likeness for it. It does programs on the music of different categories like a contemporary adult (a form of radio played popular music), folk songs, and local songs of Afghanistan.
Language of Radio Hamasa is “Dari”.
Frequency: MHz 91.7 FM. 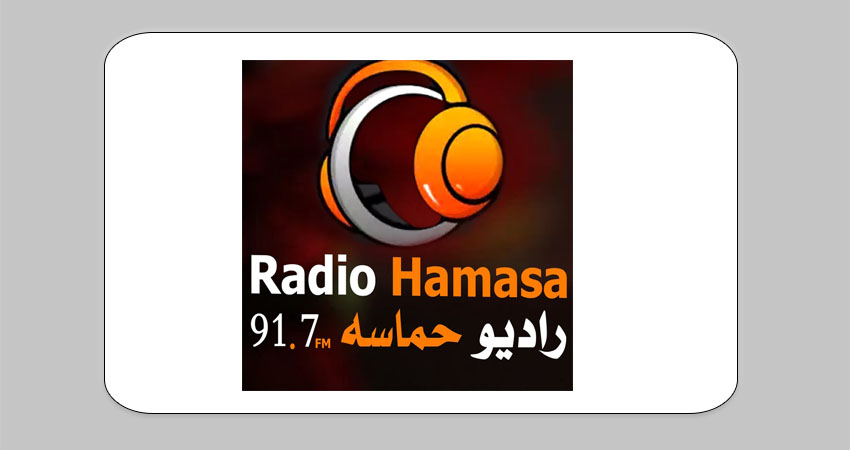 It played every type of Programs which is famous among people of every age and gender. We can categories programs as:
Music: It on-air different types of songs according to the taste of listeners, for instance, folk, pop, urban, the music of the world, and contemporary adult music.
News: In Afghanistan, a large number of people do not have easy access to the TV. So the radio plays a vital role to provide the inflammation and news of the world to the Afghanis and radio is becoming a second emerging mass of Afghanistan. FM 91.7 broadcasted news like headlines, Political, national and international news, sports news, business news.
Radio Hamasa is also a significant source of Art and Entertainment for Afghanis.