101.1 Big FM is a commercial radio station broadcasting at 101.1 MHz frequency on the FM band. It on-airs its transmission from Barrie, Ontario, Canada. Corus Entertainment (591589 B.C. Ltd.) owned the channel as well as its station CHAY FM. The station transmits a classic hits radio format, and for much of November and December, it switches to Christmas music. It uses the on-air slogan “The Biggest Hits of All Time.” It on-airs its transmission on 101.1 MHz frequency on the FM stereo. It broadcasts 24 hours transmission in the English language. The brand name of the channel is Big 101. FM is a class B station. It has an adequate, effective power of 4,300 watts on average and 7,500 watts at peak. Its programming line includes talk shows, concerts, events, hot issues reports, music, education, information, and local and international news. 101.1 big FM Barrie live stream on its official website and official mobile app.

The station was first signed on as CKBB on August 1, 1949. Ralph Snelgrove’s Barrie Broadcasting Company launched it as AM 1230. FM was Barrie’s first radio station and was initially a mixture of talk programming and music. In 1958, it moved to 950 AM. Kawartha Broadcasting acquired the station in December 1983. The ownership moved to the broadcasting arm of Power Corporation of Canada in 1987. CKBB flipped to FM at 101.1 MHz as CIQB-FM in November 1994 after more than 45 years on the AM dial. Initially, FM transmitted a hot adult contemporary format. In April 2000, the station was acquired by Corus Entertainment. 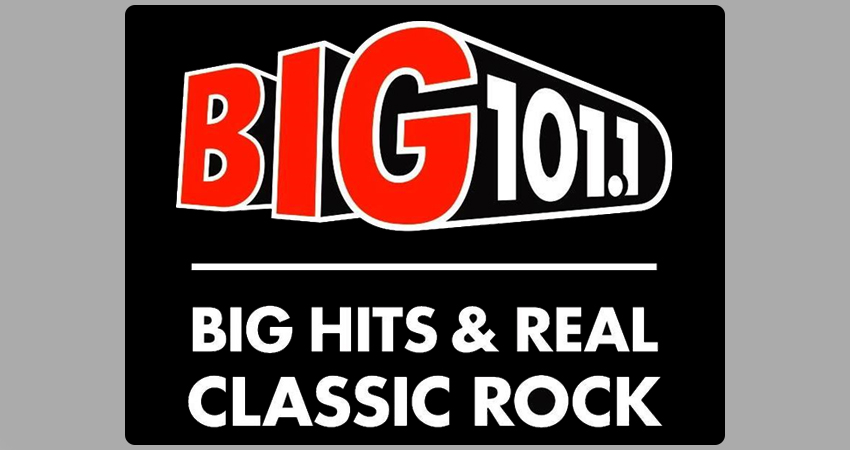 On October 15, 2000, FM moved to adult contemporary, taking the format from sister channel CHAY-FM, which shifted to top 40 as Energy Radio. In August 2003, it reverted to hot AC and finally to top 40 in 2008. FM was one of three top 40 stations owned by Corus radio CKBT-FM in Kitchener and CKQB-FM in Ottawa. On July 27, it flipped to classic rock after playing “Anybody Listening” by Classified. The first song on-aired on “Big” was “Big Time” by Peter Gabriel. The flip occurred to reduce the format overlap with sister channel CHAY (which airs a Hot AC format). With the change, morning host Dave Blezard moved to afternoons at CHAY, while on August 2, CIQB’s new airstaff was announced.