1650 AM CINAv is a multicultural broadcasting radio station airing its live transmission from Mississauga, Ontario, Canada. It is Canada’s first radio channel licensed to serve the Indo-Pakistani community. The station was founded and managed by Neeti Prakash Ray. FM broadcasts a south Asian radio format of news, music, and talk shows. CINA radio broadcast 24 hours a day, seven days a week, using 1650 kHz frequency on the AM band. Its sister station is “CINA FM.” The station is powered at 5,000 watts a day. But at night, FM reduces power to 680 watts to protect other stations from interference. The power is 1,000 watts during critical hours. It used a non-directional antenna. The transmitter is on Eglinton Avenue East at Tomken Road in Mississauga.

Canadian Radio-television and Telecommunications Commission (CRTC) approved the station’s application on April 23, 2007, and started testing in late 2008. CINA officially signed on-air in December 2008. Its Owner Neeti P. Ray was the former host of Radio India, a very famous local show which aired on CKTB in the 1990s. She brings over 28 years of broadcasting experience to CINA AM. 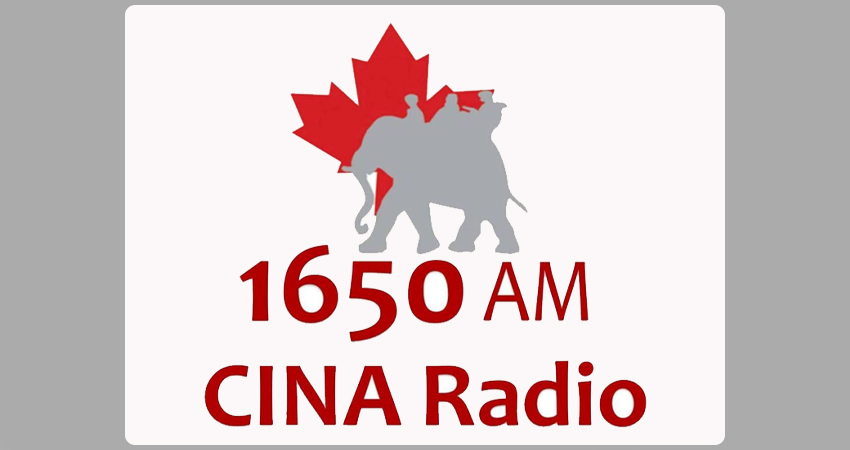 1650 CINA radio’s primary broadcasting coverage area is in the West end of the Greater Toronto Area, including Mississauga, Etobicoke, North York, Brampton, and Oakville. However, it also can be heard throughout the GTA.

CINA Radio 1650 broadcasts the highest quality programs with the best radio hosts. The radio broadcast transmission in Hindi, Urdu, Punjabi, Gujarati, Bengali, Armenian, and Indo-Caribbean languages. Its programming has the best of the latest hits from South Asia, Bollywood (past and present), local/international news, local traffic, and weather.

The most popular shows are

What number to use to text CINA radio?