CHMB AM1320 is a radio station that is broadcasted in Vancouver within British Columbia. The format that it features is based on programs in the Chinese language. Its studios are present in Richmond on Commerce Parkway. The transmitters are situated in Richmond on Lulu Island. There are only two stations in Canada that broadcast at the frequency of 1320 AM. These stations include CHMB and CJMR. The owner of CHMB is Mainstream Broadcasting Corporation. It is a media company of BC, the owner of which is James Ho. This company started transmissions in 1973 with OCV, i.e. Overseas Chinese Voice. During 1993, it was merged with CHMB, which is considered a multicultural station. In addition, it also caters or takes into account others by broadcasting in 12 different languages. These languages include Portuguese, Brazilian, Filipino, Greek, Japanese, Tamil, Ukrainian, Vietnamese, Danish, Icelandic, Norwegian, and Swedish.

FM first went on air in December 1959. It started as a station in the English language and was known by the name CHQM. Its owner was Vancouver Broadcast Associates Limited. Its operating power was 10-kilo watts. After that, another of its sister stations started its transmissions in 1960 for the first time. They began broadcasting 24 hours a day during 1962. During 1966, the operating power of this station changed to 50-kilo watts. Then, in 1969, the name of the station became Q Broadcasting Limited. It retained its format of easy listening all these years. 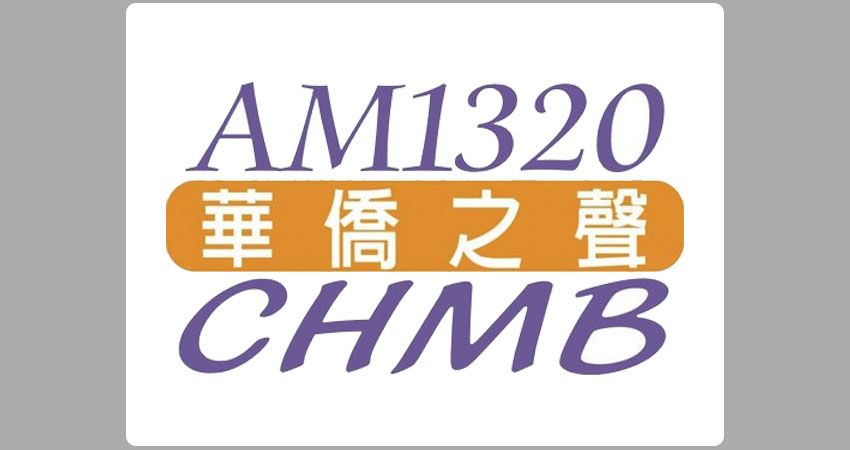 However, the format got changed to adult contemporary in January of 1990. Its brand also switched to Lite 1320. During the same year, CHUM Limited bought both the stations, CHQM and CHQM FM. However, it has to trade off a station, so, it sold CHQM. During 1991, it changed its format to adult standards pertaining to music of the era of 1930s to 1960s. The new brand of the station was Q 1320. It started to broadcast programs in the Chinese language in January of 1993. During 1993, Mainstream Broadcasting Corporation bought the CHUM after the approval of CRTC. CHQM became CHMB in 1994.

During weekdays, the shows are broadcasted in Cantonese and Mandarin. During weekends the programs are based in Brazilian, Danish, Filipino, Icelandic, Japanese, Norwegian, Swedish, Tamil, Ukrainian and Vietnamese.