CKOM News Talk 650 is a broadcasting radio station based in Saskatoon, Saskatchewan, Canada. It airs news and Talk format using 650 frequency on the AM band. Rawlco Communications owns and manages the channel. CFMC and CJDJ are the sister stations based in 715 Saskatchewan Crescent West. CKOM also shares the space with Rawlco Radio’s Corporate Offices.

Launched on June 8, 1951, it is a Class B station that runs on 10 kW signals. Its famous slogan is Saskatoon’s News and Conversation Station.
It is the only radio station in Saskatoon that provides news after every 30 minutes. Brent Loucks, John Gormley, Charles Adler and Richard Brown host great conversations every hour. 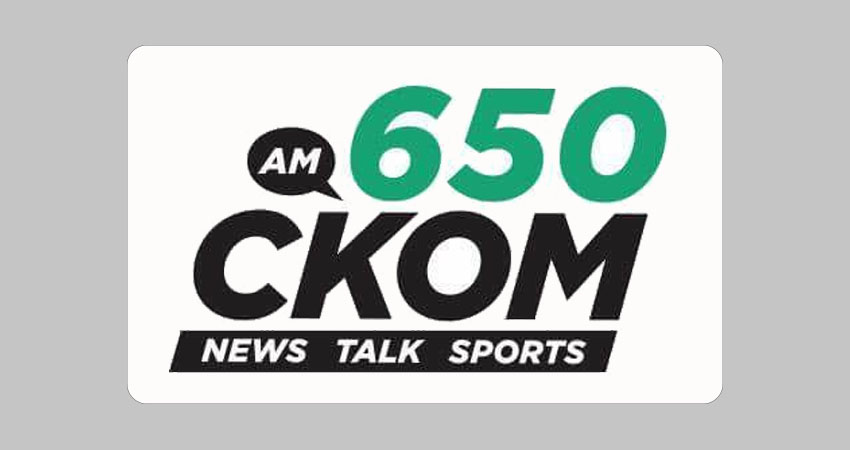 On June 8, 1951, CKOM started transmission with 259 watts power using 1340 frequency. In the start, its offices were set out of the Empire Hotel. In 1980, Rawlco Communications purchased the station and reduced the frequency to 650 kHz. Earlier, the channel broadcasted Hot Hits/Top 40 format.
It was 1998 when it shifted to the current format that is News/Talk. In the start of history, NTR was its branding name. Then for a short time, it adopted CINT as its callsigns. After that, it returned to its original call letters CKOM.

Famous Personalities of Past and Present:

The station owns many notable personalities who served and still serving it. These personalities include Brent Loucks, Murray Wood, John Gormley, Gerald Bauman, and David Kirton. Besides them, Drew Remenda, Wray Morrison, and Jamie Nye also brought fame to the station. George Noory, Richard Brown and Penney Murphy are the most listened DJs of the channel.

The major programs of the network are Morning News, The Brent Loucks Show, and Gormley. The other famous shows include the Midday Report, The Green Zone, and Prime Time Sports.