CMR radio station is one of the renowned and topmost radio stations in the Canadian region. The CMR Hindi Urdu FM is well recognized, which has access to many Hindi Urdu (Bollywood), Punjabi and other songs. The NRI’s living in Canada love to listen to this channel as being fond of having Indian music played near them.

This channel also represents the growing ethnicity of Canada. It is operated on the 101.3 MHz on the FM band. It also has a forum that runs for the debate. Discussion and community knowledge exchange bring national and international news to be addressed. 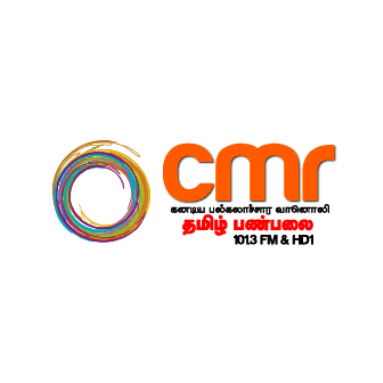 Background of the CMR Diversity FM 101.3

The CMR Diversity was initially launched in August 2004 in the Downtown Scarborough. As this region had many Indian as the residence, the Hindi Urdu channel came into existence just in a short period.
Also, this FM shares different channels for more than 20 ethnic groups of different communities. This brings approximately 24 languages which were being used by these communities. Also, it has an excellent estimated reaching limit that has extended to other parts of Canada. This multicultural radio service is of Canada, which provides Indians a good source of entertainment by online streaming getting in touch to their country’s trending music and songs.

Service Provided to All Ethnic Groups

This FM channel cares about their target listeners. The Hindi channel has been established by the localities working in the station as there were many requests from the Indian community to start this channel to listen to live streaming.
Also, the CMR Urdu Hindi FM channel is not only for the source of entertainment, but also it has launched for initiating interaction among Indian communities residing in Canada and for their welfare. Much renowned Indian business and corporate person have invested more than $7000 for organizing such programs and events. It also has created a lot of opportunities for study purposes by providing scholarship and funds.

Popular Programs of this Radio Channel

The renowned Hindi Urdu programs that are broadcasted in this radio stations are “Rim Jhim,” “Shon FM,” “Radio Voice” etc. These programs bring lot resemblance to Indian culture as it is being broadcasted as per the trending Indian songs and topics related to the social concerns in India, Pakistan and worldwide.
It also has competitors that are being established both in India, Pakistan and Canada. In India, for the topmost run and trending channels, the names that come in the list are Ishq FM 104.8, Radio Mirchi, My FM, Radio Dhamaal 24, etc. But the CMR Hindi Urdu channel has been successfully playing a good collection of songs and other programs so far.

One of the most known and popular program/show that is being organized is the CMR’s STARFEST that showcases a lot of talented singers and musicians from all the ethnicity.
These could also land to have great exposure to showing the charisma of Hindi songs and music. It has also collaborated with the platform of the CMR Star Search as the competition originally began with it. Hundreds of singers and performers turn up in massive quantity in front of a large audience group, and this leads to getting the best top 6 winners.