News Talk 980 CKNW is a Class A radio station based in Vancouver, British Columbia, Canada. It provides News and Talk format on AM 980 frequency. Its slogan, Vancouver’s News Vancouver’s Talk, clearly reflects its format. Its branding name is Global News Talk 980 CKNW. It is the News-Leader of New Westminster, British Columbia. Being an owner, Corus Entertainment operates the station. CHMJ, CFOX-FM, and CFMI-FM are the sister stations of the channel.

The station consumes 50,000-watt power to run the programming. The studios of the channel are set at TD Tower in downtown Vancouver, Canada. It has the affiliation of Corus Radio Network. It commenced its transmission on August 15, 1944. 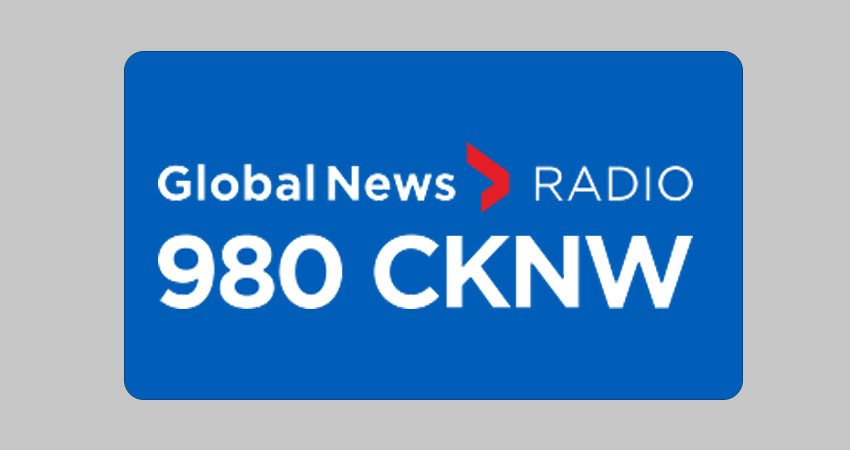 CKNW airs programming on News, Talk, Weather and Traffic format. The talk shows feature discussions on current events, social matters of the city, and call-in shows. The programming at the station starts at 8:30 AM. The major programs include The Jon McComb Show, The Simi Sara Show, and Get Connected. The other most listened shows are Steele and Drex and Global News Hour at 6. Nowadays, The Jill Bennett Show is also getting high viewers.

Famous presenters of the station include Jon McComb, Simi Sara, Charles Adler, and Bruce Allen. Michael Campbell and Roy Gree have also got a significant number of fans.

The following are the competitor broadcasting networks of the station: CBC Radio One Vancouver, HIT MIX, CKYE Red FM, CBC Radio One Victoria, CICS KICX, CJVB AM Fairchild 1470, CHMB AM 1320 and The Source-Smooth Jazz Radio.