Power 104 FM CKLZ is a Canadian radio broadcasting station, which is situated in Kelowna, British Columbia. Using the on-air brand name of Power 104, this radio station broadcasts shows on Active rock format. Thus, rock music listeners enjoy listening to this station. The owner of 104.7 Kelowna is the Jim Pattison group. It has a sister channel named CKQQ-FM.

Historically stating, CKLZ was first on-aired in 1964, with the call sign of CJOV-FM at the frequency of 104.7 MHz and effected radiated power of 3,800 watts. At that time, Okanagan FM broadcaster limited was the owner of this radio station. After that, this station changed its call sign and became CHIM-FM. The power of this radio station was increased to 11,000 watts in 1985. Seacoast Communications group bought Okanagan FM Broadcaster Ltd in 1988. The call sign of 104 Kelowna was again changed into CKLZ-FM, in 1989. In 1999, Jim Pattison bought this station along with its sister stations. In the same year, this station was rebranded as Power 104, with classic rock format, which was again changed into active rock in 2007. 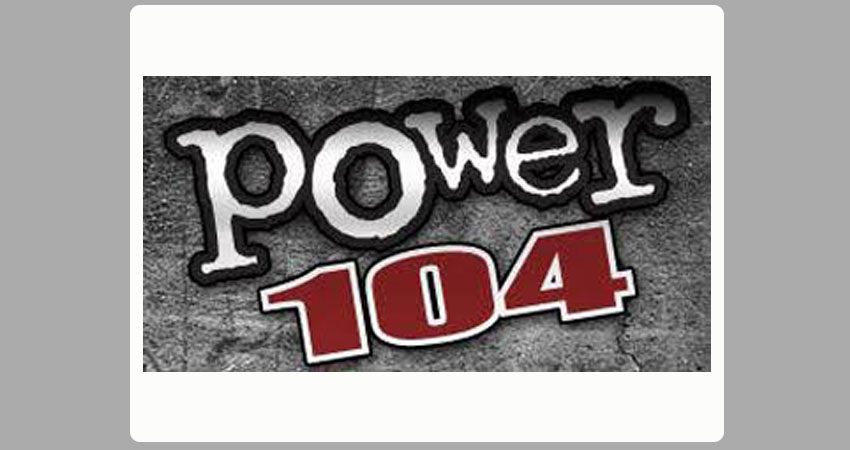 Some of the shows broadcasted on 104.7 Kelowna are All Music, Christy Farrell, Darren Worts, Jake Daniels, Sue Tyler, The Bob & Bob Show, The Middle Show with Darren Worts, and Tim Allan.

104.7 Kelowna is based on the slogan ‘Kelowna’s Best Rock.’ It is reserved at the frequency of 104.7 MHz (FM), with a sufficient radiated power of 11 kW on average and 36 kW on the peak in horizontal polarization. The average range of the antenna’s height is 114.5 meters (376 ft.). This radio station belongs to the category of class C.