FM 105.6 Gyan Vani is known to be an educational radio channel that has been launched in 2001. During the same time, the other 37 channels sharing knowledge and information were being started in India. This number had been increased rapidly and have resulted in having 56 radio stations at present.

It is initiated with a thought of educating the society about various aspects. It was operated by many media co-operative companies, renowned NGO’s of Woman and child welfare, associations of science and technology, etc. This channel has transmitters having 10 KW power for broadcasting.

In the recent time, a new system has been started for the collaboration of the renowned university IGNOU and AIR. It was decided that the radio channel can broadcast knowledge together. This agreement was being also signed with the Doordarshan channel. It had some great learning and coaching classes programs that use to be broadcast on television and also in online streaming.

These programs which were aired on television were top-rated among the youths and teenagers studying in higher secondary. It had many good learning training sessions provided for their academic improvement and better understanding. 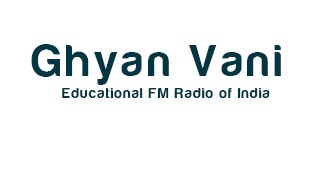 It uses to be broadcasted in both Hindi and English language, all day so that there is no break in the exposure given to the children about learning. There were also other few channels that IGNOU had made a collaboration with. But they were not that popular as the Gyan Vani. It also gained enough popularity that it had to make its own media center for broadcasting activities.

The popular programs that were broadcasted were “Indradhanush Ke Rang,” “Saptahik Gyan Samachar,” “Gyan Darshan,” “Lok Jhankar” etc. These programs were significant enough to make teenagers aware of the facts in education and literature. It also gave some motivational speeches which always lead to create a good impact on people.

It did have some competition radio channels on the other side. The top-rated channels like radio Mirchi, My FM, Radio Dhamaal 24, All India Radio National are renowned among the youth’s entertainment. But for the educational learning, Gyan Vani was the first preference of the youth by having the service of listening to live streaming.

It was being launched with a motive of passing some relevant knowledge to the youth, which was the target listeners of this channel. The name Gyan Vani was derived from having the original concept of “Knowledge Broadcasting.” It operates from major cities like Allahabad, Bangalore, Coimbatore FM stations. It has some programmes that are aired daily as it contains classes, sessions, and interview which are all related to the educational purpose.

Overall listening to this fm channel has always benefited the students and the people who are eager to learn something. It concentrates on the overall development of the country and increasing the literacy rate. It gave much more to the country than expected and has gained an equal amount of popularity.