The network of Dhamaal 24 is a radio channel that was being created by the renowned group named BAF Films & Media. It has its anniversary that is celebrated on the 18th of June every year. In the past few years, it has extended its network to Shimla, Ranchi, Hissar, Dhule, Jalgaon, Patiala, and many more states and cities. It is one of the leading entertaining and fun-loving radio channel which also works as online streaming.

Making a Place in Market

This channel has been successfully established as a well-known name in the list of people’s favorite radio stations for the Listen live streaming sessions. It has also been noticed that everywhere this channel is broadcasted with respect to different state and their linguistics, it will be the same synonymous that is similar to Dhamaal. Also, the target listeners have been co-operating with the radio channel with great response. They have liked and accepted its programs and shows that are broadcasted on a regular basis. 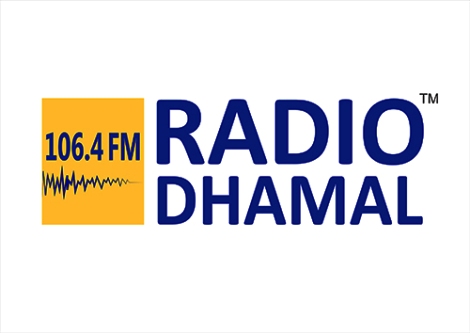 The spreading network as per the demand

It has been observed that the Dhamaal 106.4 FM has been gaining a lot of fame and profit by getting some excellent and positive responses from people. Dhamaal 24 has been favorite in the list of the daily listeners. There are many upcoming shows and ventures at the doors of this channel which will make it grow as a more prosperous and famous broadcasting channel.
It is decided that the radio station will have some increase in the number of frequencies and stations. It will be ideal for the commercial business setups to invest in such a renowned channel name. This will help generate profit to both the parties.

It has some cool shows and programs that also organize some fun quiz and game shows that will let the participants be as a “Star” listener and can win the price/gift for winning after completing the task. They also have similar programs for birthday and other such events.

Type of programs that are being broadcasted

Dhamaal 106.4 FM is one of a kind which is spread in ten different regions of different state which can also be available for online streaming. In some of them, you can easily find a few perfect thematic shows and some devotional and religious shows.

It also has some great music, bhajans, ghazals, and other Bollywood song playlist. As for this reason, it is known to be a channel for all the radio listeners. Though having great competitors like Radio Mirchi, My FM, Ishq 104.8 FM, and Filmy Mirchi Radio, still it has managed to acquire a popular position in the favorite FM stations list.

Also after being in the race with other stations, it has also been made sure by the Dhamaal 106.4 FM broadcasting department for making it run in the Tier – II and Tier – III cities, which are including amongst the metro cities. This language of music is very effective when one talks about today’s time. It is essential to use technology for entertainment and being in the audience; you can enjoy the entertainment service that is provided by the radio channels.