Although we would love to talk about all the other radio stations in India, today we will only be focusing on a unique one, which has different channels all over the country. A radio station which entertains in more than five languages- Punjabi, Marathi, Hindi, Tamil, and of course English. So let us take a look at Planet Radio City-Hindi.

Radios since their advent in the late 1800s have been changing lives; you would have seen that nowadays, almost every vehicle is fully equipped with radios. Not just limited to them, but they are also in mobile phones, your gadgets and even the new portable ones which run on batteries and Wi-Fi.

That being said, radios are a big part of the culture and society, and when we talk about India, the case here is no different. With more than 30 radios currently operational and more on the way, they have been changing the lives and stimulating a new view on life since broadcasting. 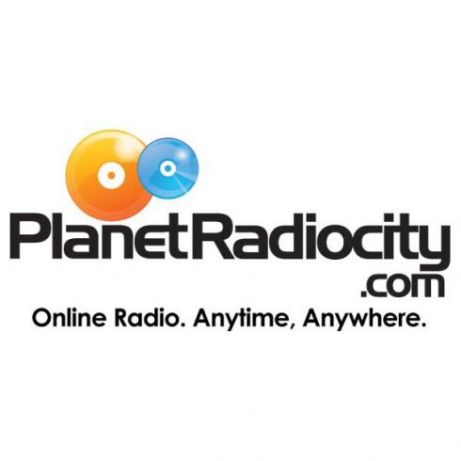 Just like all the radio stations, Radio City indeed started from a very niche infrastructure in Hyderabad in early 2006. The mere idea of this station was to provide entertainment to just the residents of the city and the region but as per the astounding success and fame of this station, word quickly spread like wildfire, and they decided to make this station go full national. Although, sometimes it is rare that a regional radio which has been just targeted to serve its residents goes national, but all of us know what fame can do to people and organizations.

Now, you have to understand that this indeed is a private radio, ungoverned by any kind of restrictions, so they have a plethora of entertainment facilities, not just limited to songs of various languages, they are offering more than 50 radio stations (Online), so if you are in the mood for different types of podcasts, sports, entertainment or just bland fun coverage then look no further than Planet Radio City, that being said, if you are worried that this station does not cover that much cities, you would be pleased to know that as of 2019, they are operational in more than 35 cities all over India.

What goes into your mind when you hear the word Podcast? If it’s nothing then, let us take a detour back to the introduction here. You may have been minding your own business in your vehicle and traveling around places with the radio on, a beautiful song is playing you are indeed enjoying yourself and suddenly what happens next is this that the song ends, abruptly that is and instead of the sweet melodic voice of singers there are a bunch of people discussing other forms of entertainment, sports, politics and different kinds of social news, although it may just be plain gossips sometimes, they indeed are fun to listen.

These “Episodes” what I like to call them are podcasts where one or more than two individuals sit down and just talk with the listeners; sometimes it is a question-answer scenario otherwise you can expect them to talk about different topics.

Planet Radio City -Hindi is no different here, with more than 15 podcasts in their arsenal, they are capturing the radio industry step by step, and already they sit at a commendable market share.

Let us talk about some of their podcast channels now; firstly there is a Bollywood coverage channel which updates you on the latest news from the genre. May it be celebrity news, new movies announcements, or even discussion based reviews, they have got you covered. One of the famous ones here isFun Ka Antenna, which is as it sounds, a bombardment of ridiculous fun.

Other channels include coverage of societal awareness, religious activities, and also international news. Well, the topics they cover internationally are news, politics, movies, and other types of entertainment. For a complete guide on their podcasts being offered, click here.

Planet Radio City – Hindi have their dedicated tab about videos, now in that section they don’t just provide you with the videos of boring stories of coverage that isn’t even that much relevant, but they have their exclusive sections. You may have seen that whenever any kind of film fare award ceremony takes place, all of it is over the news, well Planet Radio City Hindi offers exclusive and post haste coverage of all the hottest news.
They even play hosts to different celebrities on their channels, which is seemingly a lot to capture the audience. So if you are a fan of Bollywood celebrities then look no further than Radio City.

I am stretching on from different types of movie trailers, song videos to have extended themselves to even religious devotional videos. So if those people who are not fans of music and only prefer religion coverage, they can even look forward to this station.

As per their coverage, videos are not where they stop, and all of us know that you must be clicking good enough pictures to stay ahead of the crowd here. So expect their detailed and high-definition imagery of Bollywood celebrities, movie premiers, award ceremonies, media-based conferences. They even provide good enough updates on sports and politics, so that is a plus point for individuals who are seeking more than just media here.
Whenever any kind of move premier or conference is dated, they are the first ones reporting to the field and expect their coverage to be sufficiently detailed which can be accessed here.

All of these things being discussed, Radio City Hindi has shown its competence by winning two distinct performance-based rewards which can be accessed here.