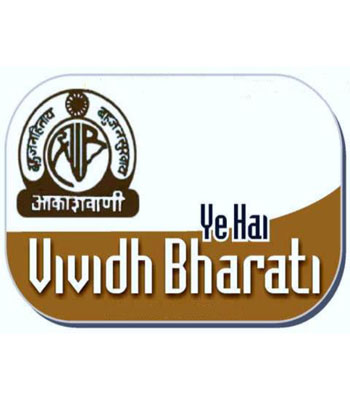 Listening to Vividh Bharti can make you nostalgic and get back to the good old days. You can relive the childhood memories when you get ready for the school, and the radio is turned on which plays some amazing and cool programs like “Bhoole Bisre Geet” and ‘Sangit Sarita.”

It is all about the time back in the ’90s. This radio service was initially started by the All India Radio that came up with some unique concept to deliver combat Radio Ceylon. It started in 1957. Then it became a very renowned channel of the decades for all the residences and restaurants in India.

Connection with celebrities and singers

Since many years it has been serving people with some really interesting programs and shows. Also many celebrities, actors and singers have been speaking and singing for this channel. The stars that were connected to this channel were great singer Lata Mangeshkar and actors such as Amitabh Bachchan and Raj Kumar who did also joined AIR as broadcasters during the start of their career.

Competitors in the current scenario and its popularity

For today’s generation in India, the topmost heard radio channels by online streaming are Mirchi FM/ Radio City/ My FM, etc. but Vividh Bharti has still got that charm that can attract you and introduce you to some unique programs along with good collections of songs. It shows how rich is the quality of the content that it creates for the audience and their target listeners.

It has some very unique shows and programs which are created for the people by the people. Some of them may also attract you because of their concept behind it. It is said that the content is still of the same type as it was before many years.

It shows that it has maintained originality and has a good review after doing the listen live streaming session. Some of the very renowned shows and programs that have been aired are- Hawa Mahal, Jaimala, Chitralok, Triveni, Aaj Ke Fankar, Chayya Geet, Sakhi Saheli, etc. all of them play some really good and classic songs both from the retro and modern times. You can simply enjoy them at your home while drinking a nice cup of coffee in the evening and at some very old restaurants and cafeterias in India.

Talking on a polite note

All the listeners have always been given a humble gesture and also greatly respected which is seen by the type of programs the radio channel organizes for them.

They have always been soft-spoken and on a lighter tone so that the person feels comfortable while being live on the radio. The content of this radio channel programs comes into action after doing a lot of research work. They use very simple and polite words in their conversation. No screaming and shouting are entertained on this channel.

One has to give time for listening to this channel as it is not for those who want to hurry and listen to anything irrelevant. There are a few theme based programs which can take you some different mood and emotions. These programs can also make you remember some really sweet memories linked with some special person. You can always feel their absence when you here to the songs played on this channel.