The Voice Barnstaple (FM 107.1 later changed to FM 106.1) is a local radio station broadcasting to the residents of Barnstaple in North Devon, England. The station hosts a Melodic Adult Contemporary style of music, which enables it to play an enormous music playlist consisting of songs ranging from the ’70s, ’80s, ’90s, and 2000s, and the most famous music of the present. Apart from this, it also airs local news, local weather reports, traffic situations, etc. Its studios are in Barnstaple, where all of its programmings take place.

About The Voice North Devon:

The Voice North Devon originally set up in July 2010 due to the closure of The Heart North Devon. Formally known as the Network North Devon, the station started to broadcast online initially. Ofcom granted The Voice its first FM license in November 2010, which was a temporary one; however, it was not made into a permeant license. Moreover, in 2011 Ofcom rejected the application for a commercial license due to it being given to another station (Now Digital). During this period, it aired online on its website and mobile app. 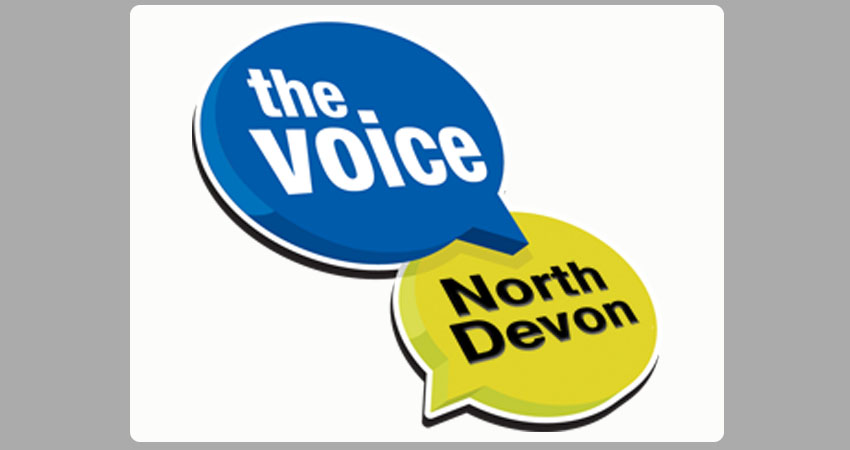 On 20 March 2012, The Voice earned a full-time license to broadcast its channel on DAB. Later in 2012, the station successfully won a full-time five-year community radio license to broadcast on an FM frequency. As of right now, The Voice offers 24/7 coverage on both FM and DAB and also streams online on its website. The station also has its very own mobile app that is both available on the Play Store and the App store and maintains an updated profile on Twitter and Facebook. Its slogan: “North Devon’s truly local radio station.”

The Voice hosts a number of programs presented by notable presenters of North Devon including, Hopps, James Chapple, Paul Andrews, Chris Robbins, and Simon Knight. At present the station’s programming constitutes of the following:
Hopps and Chapple for Breakfast
Non-Stop Voice
Monty
Drive Time with Simon Knight
Street Live with Simon Knight and Millie
The Mish Mash Show with Hopps

It also streams national and international news from Sky News and Radio News Hub during live hours and automated hours.