WHIY 1600 AM, branded as 1600 AM WHIY is an American radio station airing Blues and Urban oldies music programming. The service is licensed to serve Huntsville, Alabama, and the greater Tennessee Valley area in north Alabama, USA. The station has its studios as well as transmitter co-located near Jordan Lane, U.S. Highway 231 (Northwest Huntsville).

The station went on air on March 20, 1958. It was the first voice of the black community. During the 1980s, the station transmitted country music programming. WHIY simulcast its programming of sister station-weup radio station Huntsville Alabama throughout 2000. It started broadcasting independently in 2007. Previously, it has used a couple of callsigns: WEUP (1958-2006) and WEUV (1/06-2/06). Today it’s famous for its slogan “Party Blues and Oldies.”
The famous on-air personalities are J.T Black, veteran presenter, Tyrone Davis, Maestro, Que, The Real Rob Neal, and E. Rodney Jones. The station not only streams online for listeners from around the world but also has an active social media presence. Its license to broadcast will expire on April 1, 2020. 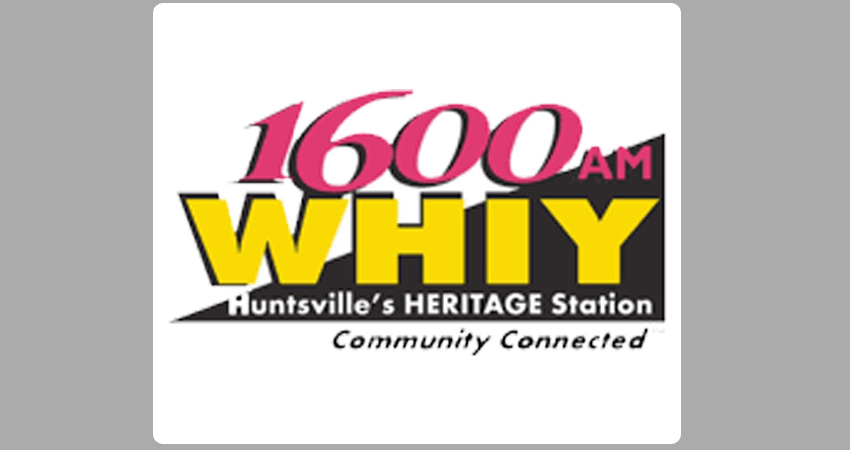 The station is a class B AM service with facility ID 28118. Operating with a sufficient radiated power of 5000 watts at day and 500 watts during the night hours, it transmits analog signals from a directional (only nighttime) antenna. At day, its predicted listening area ranges from 20 to 40 miles, whereas during the night hours, this coverage decreased to 10 to 20 miles in local and distant regions. The transmitting coordinates of WHIY are 34.758980, -86.643051. At day time, it has one additional while at night; it has six supplementary towers.