93KHJ – KKHJ FM 93.1 is present in Pago Pago, the capital of American Samoa. KKHJ and KHJS are the formal call signs of the station. The network uses 93.1 MHz frequency. The Effective Radiated Power of radio is 1,100 watts. The radio falls into the class of the C3 category. It means it is a regional station, and its broadcast reaches only to the local people of Pago Pago. The facility ID number of the station is 78508, used for radio identification. The KHJ FM is given 454m, HAAT for programing. It saves from interference with other frequencies. 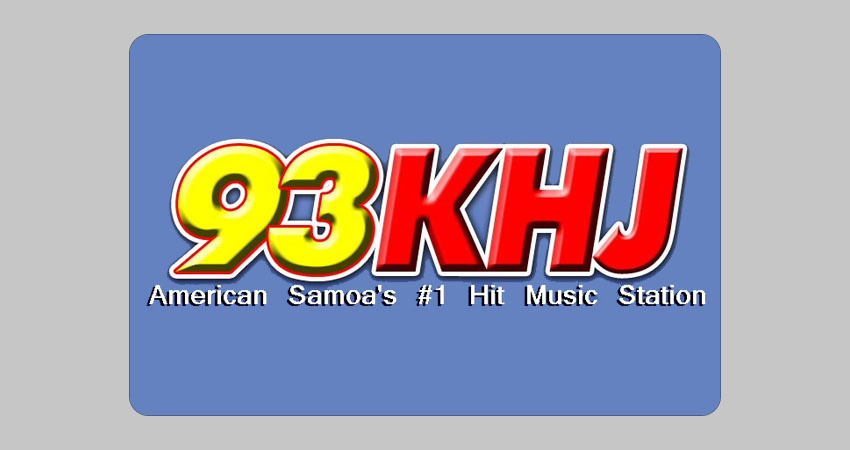 History and Ownership of 93KHJ:

In 1994 Larry Fuss thought about making radio in Pago Pago. Larry Fuss wrote an application to Federal Communications Commission for a possible frequency to operate a radio on 20 November 1995. It got approved on 13 February 1998. Larry Fuss and his two partners Kirk Harnack and Smitty Lutu started KHJ. They did test programming in November 1999. But finally, on 1 May 2000, they started regular broadcasting. 93.1 FM got established in Pago plaza.

Broadcasters and their Programs:

Pennsylvania native John Raynar and Sia Atofau together do a morning program. Its name is “Samoan sunrise.” It is an infotainment show and airs American pop music and latest hits. The host Lucky does its program at noon. She also takes live calls during her show and makes announcements. Famous Amos is a broadcaster who does his show throughout the week from 2 pm to 7 pm. He entertains people and plays fast music. The broadcaster John Tesh is an international entertainer and made Gold records. His show is always awaiting and is most listened among the people of Pago Pago.

RJ Brian Curry does his show at night and on every Sunday. He airs his programming according to the taste of young people. The broadcaster Connie Sellecca is a businesswoman and actress. She does her show named “Intelligence for your health” on every Sunday from 6 am to 9 am. She gives health and skincare tips for girls. Also, she tells how to maintain your body with your regular diet. The host Leeann does her show only on Sundays from 2 pm to 7 pm. The broadcaster Joey Cummings does his show on every Saturday and Sunday. He puts his audience in a trance by the melodies songs he plays. DJ Jay Logan airs his show on the weekend and plays top hit songs. The host Michelle Michaels makes announcements on Sunday morning.