WBHP (1230 kHz) branded as “The Big Talker” is an American commercial radio service in Huntsville, Alabama, and covers Madison County. Owned by iHeartMedia, Inc., the station broadcasts talk radio programming. WHOS 800 AM simulcasts its programming in Decatur. Its studios are in Madison, Alabama, whereas its transmitter is to the southwest of downtown Huntsville.

The station signed on April 22, 1931, as WBHS. Today it is famous for its slogan “Huntsville’s Big Talker.” It uses the frequency of 1230 on AM dial. 102.5 W273CX is its translator in Huntsville, whereas 102.1-2 WDRM-HD2 is its repeater in Decatur. Its current call sign stands for “Wilton “Buster” H. Pollard” (former owner).
From 1930 to 1933, it used the call letters,” WBHS” WBHP is radio partner with Premiere Networks and FOX News Radio. WHOS, WDRM, WQRV, and WTAK are its sister stations. 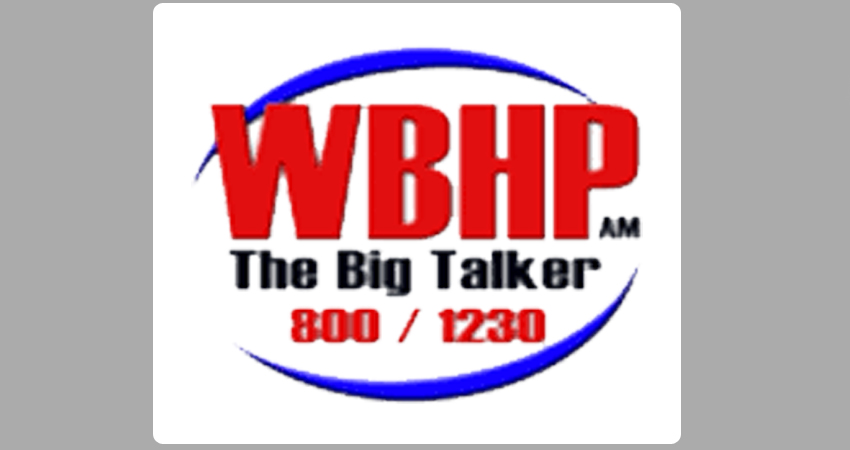 Some of the famous shows on WBHP are:
Coast to Coast AM with George Noory
Weekends with tony & Gary
The Sean Hannity Show
Glenn Beck

WBHP is a class C AM radio service with facility ID 44025. Operating with ERP 1,000 Watts fo unlimited hours, it transmits analog signals from a non-directional antenna (1 pattern). The FM transmitting coordinates of the station are 34.719258, -86.594993. Its predicted listening range is 10 to 30 miles in local and distant regions. The FCC granted it the license to transmit on November 26, 1984, which would expire on April 1, 2020.