KHAR 590 AM (CBS Sports Radio) branded as “SportsRadio 590 & 96.7” is an American commercial broadcasting station licensed to serve Anchorage, Alaska. Alpha Media, LLC is owned and operates the station. It broadcasts sports programming. As a subsidiary, KHAR carries sports programming from CBS Sports. In addition to its 24/7 on-air transmission, it has also provided a streaming platform for worldwide listeners. CBS Sports Radio also has a presence on social media networking sites.

The station touched the airwaves for the first time on January 7, 1961. It streams on-air on the AM band at the frequency of 590, whereas its translator K244EG uses the FM band at 96.7 frequency. The service has five sister stations named KEAG, KMXS, KBRJ, KFQD, and KWHL. The meaning of its callsign is “Station founder Willis Harpel; also a reference to longtime HeARt branding.” The station also provides an advertising platform for local businesses to advertise and promote sales. 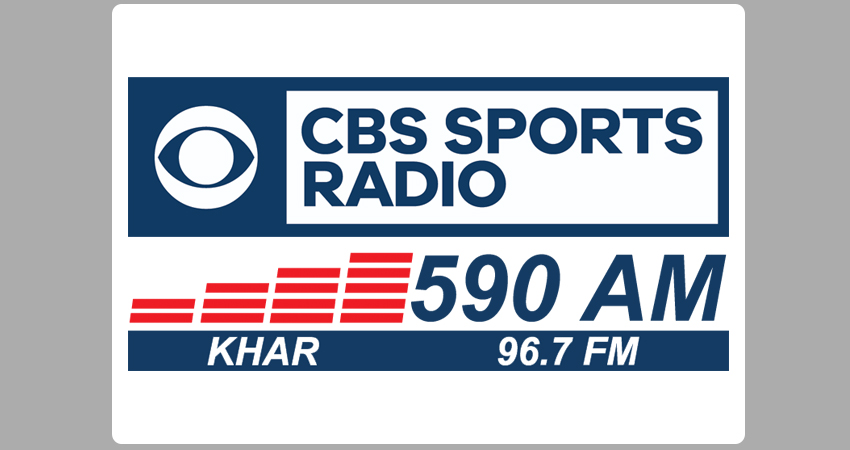 The station principally airs sports programming. Listeners can tune into their favorite local as well as nationally- syndicated sports shows. Besides sports, the station also broadcasts local news, events, and weather forecasts.
Some of the popular shows aired by the station are:
The Dan Patric Show, The Jim Rome Show, The Herd with Colin, Cowherd, Zach Gelb, Ferrall on the Bench, Ay Lawrence, Damon Amndolara, The Sports Guys, and Infotrak.

KHAR is a class B AM/FM service with facility ID 60914. It operates with a sufficient radiated power of 5000 Watts for unlimited hours. Its antenna mode is non-directional (1 pattern), and it emits analog signals. In local and distant areas, the station’s listening range is within 60 and 110 miles, respectively. The FCC granted it the license to broadcast on April 19, 1985. The transmitting coordinates of KHAR are 61.119446, -149.897475.