KENI (AM 650) branded as “NewsRadio 650” is an American commercial radio station licensed to cover Anchorage, Alaska. At present, the station is owned and operated by iHeartMedia, Inc., and it primarily airs a news/talk format to its listening area. The service has its studios at Dimond Center while its transmitting tower is in southeast Anchorage off Dowling Road.

KENI first went on air in 1948. The slogan of KENI is “Alaska’s News Talk Radio.” It occupies 650 frequency on the AM dial. The meaning of its call sign is “Kenai (Previously Kayak).” From 1967 to 1998, its call sign had been KYAK, whereas, its former frequency had been 550 AM from 1948 to 1998. The station has five sister stations, including KBFX (100.5 The Fox), KASH-FM, KTZN, KGOT, and KYMG. In addition to its round-the-clock on-air presence, the station also provides online streaming for listeners from all areas of the world. It also maintains profiles on social media networking sites to keep its listeners aware of the latest updates. 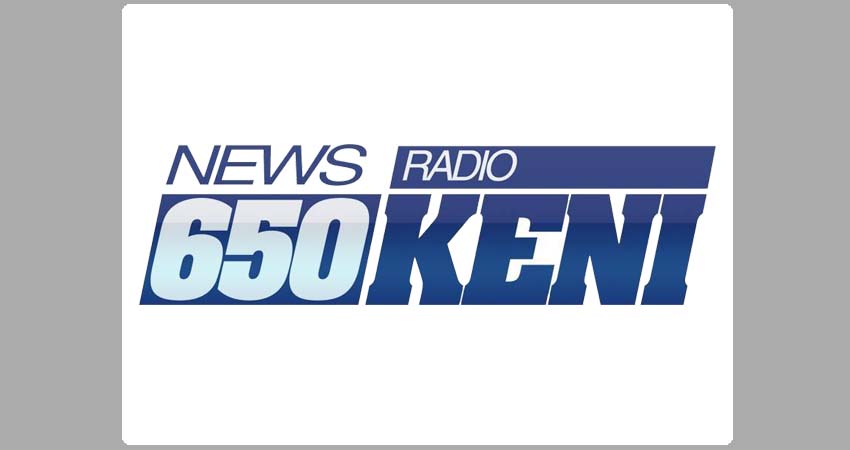 Besides news, the station’s programming includes local events and live contests.FM offers local businesses to advertise their enterprises through the advertising platform of KENI. The detail of its regional and nationally syndicated shows and presenters is as below:
Dan Fagan
Mike Porcaro
Michael Ortega
Scott Rodhe
Coast to Coast AM with George Noory
Rush Limbaugh
The O’Reilly Update with Bill O’Reilly
The Money Pit
Leo Laporte

KENI is a class A AM service with facility ID 12516. Its antenna mode is non-directional (1 pattern), and it transmits digital signals. It has one additional tower. In local and distant areas, the station’s listening range is within 60 and 130 miles, respectively. The service operates with a sufficient radiated power of 50,000 Watts for unlimited hours. The FCC granted it the license to broadcast on November 15, 1985. The transmitting coordinates of KENI are 61.165559, -149.828309.