The famous KIIS FM has served as an appropriate commercial FM radio station. It has been popular in the Greater Los Angeles Area of California for a long time. With its focus on contemporary hit radio format (CHR), it has attracted a young generation of followers. Like its New York counterparts, it is owned and managed by iHeartMedia. The most popular program available to date is Ryan Sea-crest. The studios are based in Burbank while the transmitter resides in the North of the city on Mount Wilson.

It has improved over time, but still maintains its traditional analog transmission alongside the HD Radio channels. This station also features variety such as all-dance format to reach out to the diversely populated Los Angeles area. KIIS FM 102.7  introduced online streaming as well via iHeartRadio with a single full-power repeater. It has been rated as the top radio station in its locality over a significant period in time. It, therefore, remains the most popular radio in Orange and Ventura Counties. 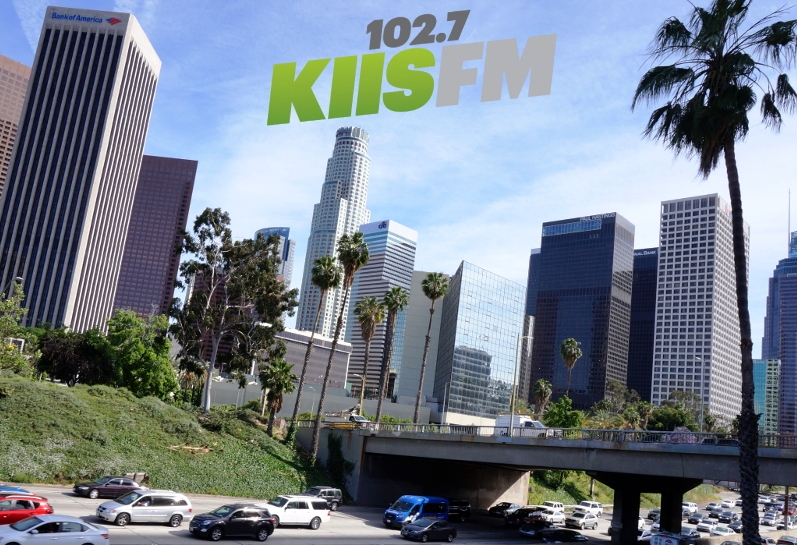 Kiss FM, as it is popularly referred to currently be first signed in 1948 at 102.7 FM frequency. Since then, the KLAC-FM has made major changes to become what we know today. At first, it started as a simulcast of the AM station for two decades. After banning AM/FM simulcasts in the 1960s by the Federal Communications Commission (FCC). The radio was forced to separate its activities and opted for a middle-of-the-road (MOR) format with KRHM call letters. Later, it changed to KKDJ as it moved to top 40 formats early in 1971, which only lasted four years.

The Combined Communications bought KKDJ in 1975 and made major changes such as introducing the adult contemporary in October. The merger led to the starting of ‘K-I-I-S.’ The new director on board was Gary McKenzie
The transition to KIIS-FM brought new and well-known personalities such as Jay Stevens, Danny Martinez, John Peters, and Charlie Tuna. These voices became iconic in all of Los Angeles and are still remembered to date. Gary McKenzie further merged CBS to RKO Radio Networks and ensured it was strong enough to stand any competition in the area. It became the same broadcast in the day but two separate ones during the hours of the evening.

The radio’s top programs led to many awards including the National Association of Broadcasters consistently. Other awards include the Marconi and CHR Station of the year award for many years. Among the most popular programs is the “Live with Kelly” talk show. It is either pre-recorded or under Sisane. The Ryan Se-crest On Air show featuring Ellen K and Roy Laughlin earned the radio many awards.

KIIS-FM is popular among the young generation thanks to online streaming and popular hits available. It is easy to listen to the latest releases and keep up with the newest music from a wide range of genres by listening to it. The management has successfully maintained its old folk with traditional rhythms as it stays true to its roots. There is something for everyone, but the young generation is the prime target for the radio thanks to the newest hits available.

The Area Where People Love To Listen KIIS FM 102.7

Situated in Los Angeles, it is best placed to serve the Greater Los Angeles are in California. Thanks to online streaming innovation, anyone outside this locality can still enjoy the music and programs. Fans of the radio traveling away from the state can also maintain their favorite programs by simply tuning into the online version.

Despite its popularity, KIIS has close competitors within California. It competes with fierce rivals in the industry with mainstream CHR formats such as; KAMP-FM (97.1) featuring celebrities such as Carson Daly, and KQIE 104.7 FM. Others include Rhythmic CHR powerhouse KPWR 106, KGGI 99.1, which is a sister station to Kiis FM for the Riverside-San Bernadino area. East Los Angeles County and the rest of the Southern California region has a lot of competition as well. KIIS-FM continues to beat its rivals to the market share. The closest within the county include; KCAQ 96.9, 104.3 MYFM KBIG radio and KVYB 103.3

Popular personalities made the radio station more popular. The listeners longed to listen to their favorite presenters and hence maintained loyalty to KIIS-FM. They include Rick Dees who joined and began the morning programs since 1981. He also introduced country music and attracted more country folk into the fan base. Dave Sebastian worked on both AM and FM as well as the morning shore. When the station returned to the top 40 formats, Rick Dees got the contract to replace Roy Laughlin. Ellen K was the popular co-host in the morning Ryan Sea-crest ‘On-Air’ show. The two took a new approach and made it nationally acknowledged making it iHeartMedia’s most successful project.