KJNO, branded as KJNO (630 AM), is an American commercial broadcasting station licensed to serve the Alaska Panhandle area. The station is owned and operated by Alaska Broadcast Communications. It broadcasts news/talk & sports programming. Besides its 24/7 on-air transmission, it has also provided a streaming platform for worldwide listeners. The station also has an active presence on social media networking sites.

The station touched the airwaves for the first time in 1952. It streams on-air on the AM band at the frequency of 630 kHz and FM dial on 99.3 frequency. The meaning of its call sign is “JNO = “Juneau.” The service has four sister stations named KXXJ – 1330/KXJ, KINY, KTKU – TAKU 105, and KSUP – MIX 106. K257CN is its translator, which is on the air at the FM frequency of 99.3 MHz in Juneau. KJNO is a radio affiliate with ESPN Radio and CBS Radio. 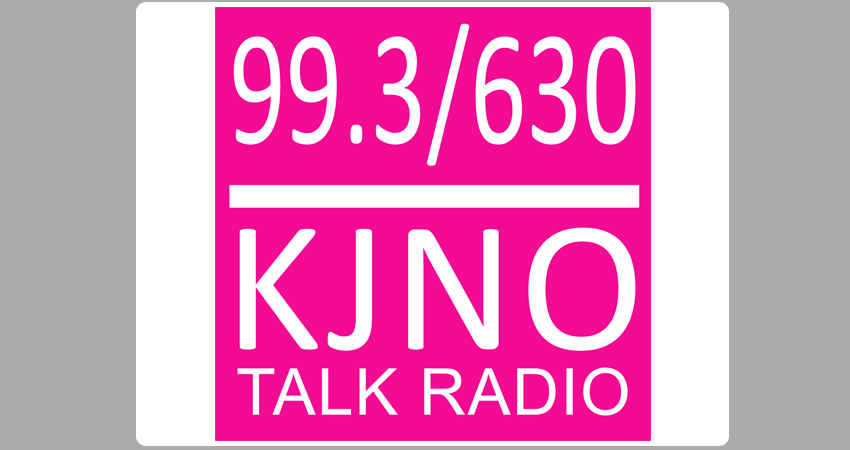 KJNO is a class B AM/FM service with facility ID 61235. It operates with an adequate radiated daytime power of 5000 Watts and nighttime power of 1000 Watts. Its antenna mode is non-directional, and it emits analog signals. From local to distant areas, the station’s listening range during the day is within 40 and 80 miles, respectively. On the other hand, its listening range is 20 miles in the local areas and 40 miles in remote regions at night time. The FCC granted it the license to broadcast on June 15, 2010. The transmitting coordinates of KJNO are 58.329396, -134.473163.