KLEF (98.1 FM), with the brand name “KLEF FM 98.1,” is an American commercial broadcasting station licensed to cover Anchorage, Alaska. Established in 1988, this award-winning radio service is operating under the ownership of Chinook Concert Broadcasters. It broadcasts classical music programming. It saturates the Anchorage population with its terrific musical array of exciting shows. Although KLEF does not claim to be the No 1 radio station of Alaska, it is far from the least.

Streaming for this station is currently unavailable. 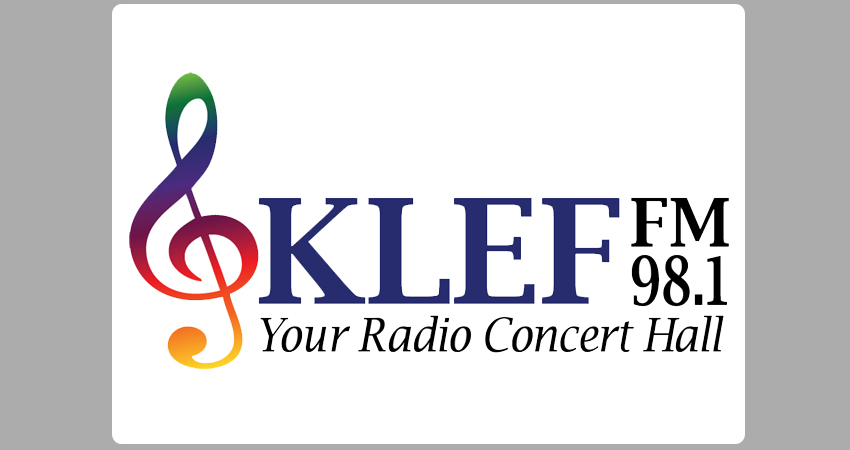 The meaning of its call sign is “Treble KLEF (clef),” and the slogan of KLEF is “Your Radio Concert Hall.” The station streams not only online 24/7 but also maintains active social media profiles for keeping its listeners updated. The station aims to cover Big Lake, Wasilla, and Eagle River. The National Association of Broadcasters awarded it the “Marconi. ”

The station is a class C1 FM service with facility ID 10839. It operates with a sufficient radiated power of 25,000 Watts for unlimited hours. Its transmitting coordinates are 61.187503, -149.884702. The predicted local coverage area of KLEF is 20 miles,
whereas its distant coverage area is 40 miles. From a directional antenna, it transmits analog signals. The FCC granted it the license to broadcast on February 14, 1989.