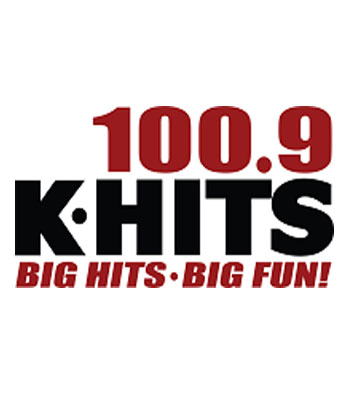 100.9 K-Hits has gone through so many changes since it was signed on in 1970. It first aired on January 1, 1970, as WTYD. It has had a lot of owners since then. WTYD was a beautiful music station branded as “Tide 101”. It was owned then by Thames Broadcasting Corporation. The Thames also held WNLC (which was the 1510 AM). In 1976, Thames sold both stations to Mercury Broadcasting. Between 1984 and 1989, WNLC was bought by Drubner Broadcasting and Andross Communications.

WTYD and WNLC were purchased by Hall Communications in 1995. Hall Communications remains the sole proprietor of these two stations till date.
The station’s format has also gone through so many changes. On March 10, 2000, the station format was changed to oldies as Kool 101. This was in response to WVVE dropping the format in December 1999. On December 17, 2012, the oldies format (which was shifted to classic hits) was dropped. It was changed to hot adult contemporary. Then it was branded as 100.9 Roxy FM. Last Dance by Donna Summer was the last song to be aired on KOOL 101”. The first song on 100.9 Roxy FM was Some Nights by Fun. It was not until March 1, 2017, that WKNL changed back to the classic hits format. Now it was rebranded as “100.9 K-Hits”.

Kool 100.9 has some of the best presenters around. They engage listeners in captivating content and lovely music. They can be listened to any time of the day, whether you are online, streaming the radio or listening live on an actual radio. Some of them include:

Todd Overhuel is one of the presenters of 100.9 K-hits. He knew that from a very young age that he was going to work on radio. He went to Central Michigan University to study Communications. Today he is one of the Disc jockeys in Kool 100.9 FM. He sent most of his nights as a kid who kept a radio under his pillow. As a result, he grew up loving everything the radio played. However, according to him, his all-time favorite group is the Beach Boys.

Jeff Cassidy began his radio career in Grand Rapids at WODJ. Oldies Radio was his first love, and that is why he is very comfortable being with the Koo Family! He loves a wide variety of musicians, and all of them can be heard on Kool 101. From the Beatles to the Monkees and The Rolling Stones.

Jeff is not only enthused by music. He is fascinated by music history. He loves the story of Rock & Roll. Jeff also enjoys tracing the road to the fortune of big acts and the tragic end of the one hit wonders.

You would enjoy the booming, cracking of this entertaining presenter every weekday by 3.

Josh has a passion for Radio that was nurtured by his time in college. It was not until he embarked on his degree in Communications that he discovered his love for Radio. It was this love that took him to 100.9 K-hits.

Apart from spinning your favorite songs on the radio, Josh enjoys running the shoreline. He also loves American Football and is a faithful fan of the Yankees.