All FM stations in the region including KOST are considered superpowers because of the high frequency and consistency of signal. These channels are ranked as class B FM radio stations to match the radiation power that is as per the standards of the US Federal Communications Commission.

KOST is a distinguished media company because of its broadcasting style; the hybrid format is unique and reliable. 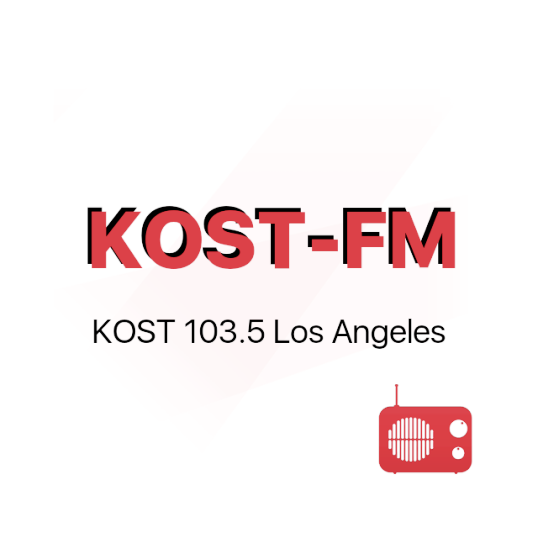 The establishment of KOST goes back to 1956 in October when the first equipment was set up under the name KGLA. The renowned radio programmer, Gordon McLendon was in charge of the station for the most part of the 50s and into the 60s where he changed the station’s name to KADS. The change was in 1966. Mr. McLendon sought permission from the Federal Communications Commission to try out a general advertisement technique. At the time, the station was unique because of the call sign choice.

The KOST-FM sign was adopted in 1968 where all the new formats in music and any type of media were accommodated in radio broadcasting. It was the first time radio station sessions could run without news bulletins interfering with the programs. At the time, it was too unique and almost weird. Actually, there was no license for such activities. Radios were explicitly associated with news.

The radio station expanded in 1973 when it was bought by Cox Communication to form a partnership with KFI 640 AM. While the trend at the time was on loud and thrilling music, KOST maintained its style of smooth and soft music.

The stations grew consistently; by the mid-1980s, it had a reliable number of vocals. Bryan Simons was the main presenter at the time who identified with the new brand. It also switched its focus to modern music and broadcasting in the same period.

The 80s was a landmark period for KOST. In 1986, the first debut for KOST was made by Kim Amidon and Mark Wallengren. Their first show, Mark & Kim Morning Show is probably the longest-running in Los Angeles radios. It was on for 20 years with a steadily increasing fan base because of the new vibe and creativity every morning from the two.

The distinguishing feature of the radio station was that people could purchase preferred commercials through KADS. Free choice on commercials was not in existence until later in the 60s when McLendon established KADS. Previously, the best citizens could do purchasing advertisement space in newspapers. Classified advertising was popular until the radio stations came in. However, KADS was only running an experiment, but it was not successful.

The Los Angeles station was set up on the basis of news broadcasting. However, the objective changed with time to focus on a specific audience; in this case, the adults. Broadcasting adult contemporaries and the soft, beautiful music was meant to appeal to the people beyond 35 years. While most of the listeners were in Los Angeles, KOST FM 103.5 target was the whole of the United States.

The transmitter of the radio station is on Mount Wilson. Most of the stations in Los Angeles have pitched their transmitters here, but KOST was the first. It is located o West Olive Avenue in Burbank. Online streaming is the most adorned feature in the area, which explains why KOST has invested a lot in Listen Live streaming.

Most of these competitors came after 1956 when KOST was already running. They have grown and offered significant competition, but the truth is they are implementing and following steps by KOST because it was the first in Los Angeles.