KVWM 970 is an American commercial broadcasting station. The service has a license to serve Show Low, Arizona. The station covers the broadcasting area of White Mountain, Arizona. The service is owned and operated by Petracom of Holbrook, LLC. The branding of the station is “NewsTalk 970”. KVWM airs the Talk radio format. In addition to its twenty-four hours, seven days a week on-air transmission, it has also provided an online streaming facility for worldwide listeners. The service is also present on social media networking sites.

The station graced the airwaves for the first time on May 17, 1957. It streams on-air on the AM band at the frequency of 970 kHz. Its slogan is “NewsTalk on the ’70s.” The meaning of its call signs refers to “Voice of the White Mountain.” 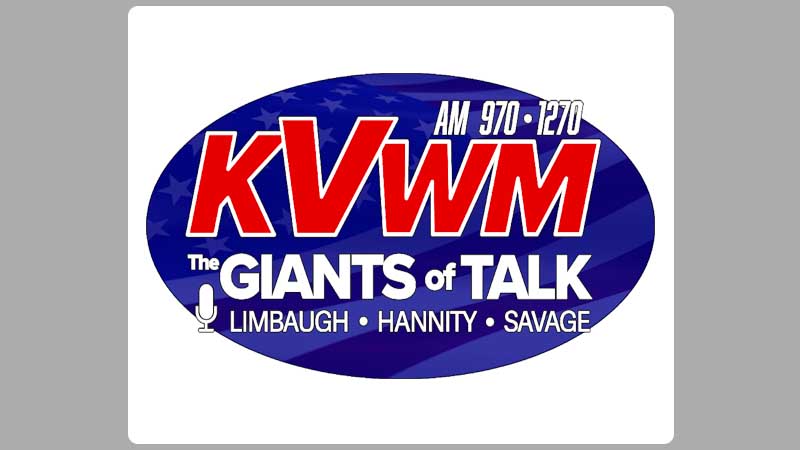 Some of the popular shows aired by the station are:
Show Low Community Fast
Vote
Stage I Fire Restriction Imposed in Show Low
Lunch with Chiefs
Cook the Books
Deuce of Clubs Drop
Christmas Tree Recycling

KVWM is a class D AM service. It operates with a varied, adequate radiated power of 5,000 Watts in daytime and 195 Watts in night time for unlimited hours. Its antenna mode is non-directional (1 Pattern), and it emits Analog signals. The station’s daytime listening range is 50 and 110 miles from local to distant areas. Its nighttime listening coverage is 10 miles in local areas and 30 miles in far off regions. The FCC granted it the license to broadcast on March 27, 2001. The transmitting coordinates of KVWM are 34.211154, -110.006221.