WMGJ 1240 AM branded as “Magic 1240 AM” is a radio service licensed to cover Gadsden, Alabama, United States. Owned by Floyd L. Donald Broadcasting Co., Inc., the station airs Urban Contemporary music format. The station features a mix of local, regional, and national shows to entertain and update the listeners with an array of topics.

The station started broadcasting on September 12, 1985. The FCC assigned it the current call sign on September 25, 1984, while it received its license to cover on March 21, 1986. Its call sign means “Magic.” The station offers 24/7 broadcasts in addition to streaming online for a worldwide audience. Its Operations Manager is David Lawson. The schedule remains the same for the entire week. 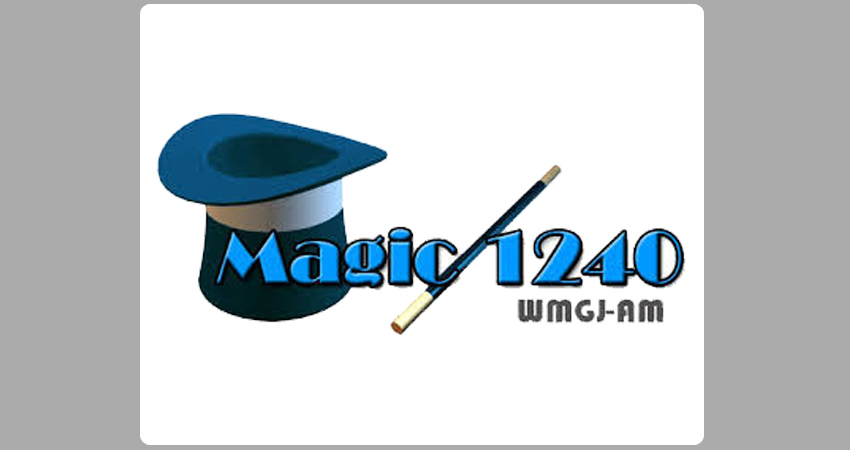 The station is a class C AM service at the frequency of 1240 with facility ID 21817. From a non-directional (1 pattern) antenna, the station transmits analog signals. It operates with an efficient radiated power of 1,000 Watts for unlimited hours. Its predicted local coverage area is 20 miles, whereas the distant listening range is 40 miles. The transmitting coordinates are 34.001209, -86.029972. Its license to transmit would expire on April 1, 2020.