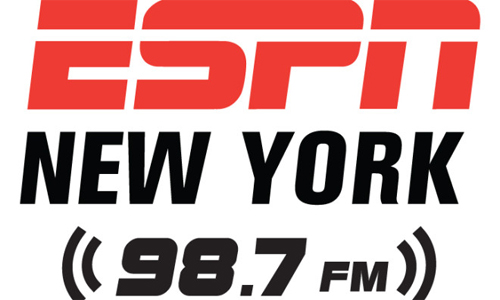 ESPN Radio currently has four channels in New York. Each station (including the New York City Second Station) is connected to a local ESPN site named after the city and has its own sports journalists and reporters’ staff for each market offering their viewpoints of local sports (e.g., espnnewyork.com for New York). In many other markets, there are ESPN radio partners, regardless of whether they work part-time or have all formats dedicated to ESPN radio. In 2007, the Walt Disney Company did not include the ESPN Radio Network on the sale of ABC Radio to Citadel Broadcasting.

The ESPN Radio Network was originated in September 1991. By ESPN Inc. and Capital Cities/ ABC Inc.’s ABC Radio Networks. Twenty-five stations already signed on as associates since it was announced on September 5, 1991, with an expected total of 200 in its launch in January. Shelby Whitfield, the executive producer of ABC Radio Sports, and John A. Walsh, executive editor of ESPN, was appointed to direct the company. The Network was founded on January 1, 1992, as Sports Radio ESPN. Initially, ESPN radio broadcasts only on weekends. The 16-hour network was launched with 147 affiliates in 43 states. The first programming consisted of news broadcasts, update sections and occasional functions.

Until 1996, ESPN Radio was extended on weekdays by Nancy Donnellan’s show, The Fabulous Sports Babe. One hour of this program was simultaneously broadcasted on ESPN2. Two years later, Tony Bruno and Mike Golic came together for the new morning show, the Bruno & Golic Morning Show, which aired until 2000. Mike Greenberg was appointed as Bruno’s successor and the morning show became Mike & Mike until 2017. In January 2010, Mike and Mike celebrated their tenth year at ESPN. Dan Patrick was supporting in the afternoons until 2007 when he retired from ESPN.

Gradually, ESPN added more part of the day and was 24-hour service. In 1995, ESPN Radio won the NBA’s national radio rights. After that in 1997, it won the national broadcasting rights in MLB. In September 2002, Disney acquired WEVD from the Forward Association to become WEPN, the flagship of ESPN. On June 12, 2007, Disney merged its network and broadcasters, its ABC radio networks withCitadel Broadcasting into Citadel Communications while retaining its ESPN Radio and Radio Disney networks and stations.

MIKE & MIKE was a US radio station for sports interviews hosted by Mike Greenberg and Mike Golic on ESPN networks between 2000-2017. The show was aired on ESPN Radio and aired simultaneously on ESPN News in 2004 and then ESPN2 in 2006.

The program focused mainly on the major sports topics of the day and the funny jokes between Mikes. It acted as the morning show for both radio and television production. Besides few radio stations that were able to reject carriage of the show for their local morning productions, Mike & Mike was a mandatory component of the ESPN radio, which all associates of the network were needed to carry.

On May 7, 2007, the program shifted its long-time radio studio home to the television studio used for Sunday NFL countdown and baseball and launched in 2007 in HD quality.

Major League Baseball national broadcasting rights and Sunday Night Baseball rights are held by ESPN Radio weekly during the season. In addition to all playoff games, World Series rights are exclusive to ESPN. Also, each team uses its advertisers in the regular season. Most teams operate regional networks to cover their fan bases. Some of these so-called regional networks (such as the New York Yankees Radio Network) have a national reach with partners in the United States.

ESPN Radio is sent to hundreds of connected broadcasters and Sirius XM Radio subscribers in the US and Canada. The content of the network is also streamed online and via mobile applications and other media devices through TuneIn. The station’s live broadcast is available on the official website. Listeners can also listen to the radio online at https://www.radiory.com. Addition to that several affiliates and their stations are available through the service. In 2014 it partnered with TuneIn to create 24-hour programs including ESPN, Mike and Mike, and SVP & Russillo.ESPN main radio station is located at the Empire State Building.