NewsTalk WVNN is a commercial AM radio station with frequencies of 770 AM & 92.5 FM. It is licensed to serve areas of North Alabama including Huntsville and Decatur in Athens, Alabama, USA. Cumulus Media owns the station. It is one of the 27 radio stations in Alabama featuring News/Talk programming. WVNN programming is simulcast on WVNN 770AM/92.5FM, licensed to Trinity, Alabama.

WVNN has come down from two radio stations. One is WJMW, a daytimer with frequency 1010 kHz. It was owned by Homer Felix “Pap” Dunnavant’s Athens Broadcasting Company first signed on in 1948. At sunset, it was supposed to close down. First aired in 1947 by Pulaski Broadcasting Company, the other station was also a daytimer, at 730 AM in Pulaski, Tennessee and was a Mutual Broadcasting System affiliate station. 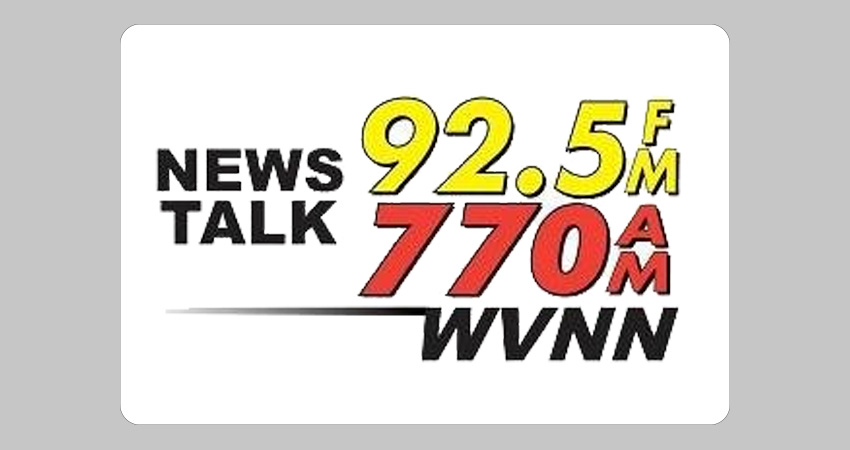 The Athens Broadcasting Company became WJMW’s licensee in 1953 and moved it to Athens, putting WJMW on the lower frequency. The station increased the power up to 500 watts. However, it remained a daytimer because AM 730 is a Mexican clear-channel frequency. Concurrently, WKSR in Pulaski, Tennessee switched to 1420 kHz.
In 1980, the station again changed the frequency from AM 730 to AM 770. On September 26, 1988, The station changed its call sign to WVNN (We’re the Valley’s News Network). It switched to a news/ talk format using news from ABC News Radio and talk shows from the ABC Talk Radio Network. Cumulus Media purchased it in 2003.

Jeff Poor, Dale Jackson, and Will Anderson host famous three Alabama based talk shows on weekday mornings and afternoons. During midday, fans live stream the station to listen to a syndicated conservative talk show with Rush Limbaugh. At night Mark Levin, Chris Plante, Michael Savage, Ben Shapiro, and Red Eye Radio can be listened to.
As part of a simulcast with, WUMP (“Sports Radio 730/103.9, The UMP”), WVNN-AM-FM previously aired University of Alabama football and Tennessee Titans football during the Fall and Alabama Vipers games in the Spring.

DALE JACKSON SHOW (M-F) 7:00 AM-11:00 AM
Airing on News/Talk 770AM/92.5FM, WVNN on weekday mornings is Alabama’s biggest radio show “The Dale Jackson Show”. This show is Alabama’s first and greatest source of news and politics.
WILL ANDERSON (M-F) 5:00 AM-7:00 AM
Will gives the Alabamians an assertive voice on national issues which he insists are local issues.
RUSH LIMBAUGH (M-F) 11:00 AM-2:00 PM
Until 1988, Rush Limbaugh has been Premiere Radio Networks’ ‘crown jewel’ with over 15 million weekly listeners. The show addresses the hot topics of the day with particular emphasis on politics and the economy.

Day time FWVNN broadcasts at 7,000 watts, which reduces to 250 Watts by night. The station is licensed class B, and at night, it uses a directional antenna with a four-tower arrangement.