WGMP (1170 AM) branded as “104.9 The Gump” is an American radio station licensed to Montgomery, Alabama. Owned by Bluewater Broadcasting Company, LLC, the station airs an alternative rock format to the Montgomery Metropolitan Area. “104.9 The Gump” is a broadcast translator, W285AJ. The station has its studios on Wall St. (Midtown Montgomery). In contrast, its transmitter is to the north of the city, and the transmitter of its FM translator is in midtown by Greenwood Cemetery.

The station first went on air as WJJJ in July 1939. Its slogan is, “Montgomery’s Alternative Rock Station.” The meaning of its callsign is “Gump, a take on the nickname for Montgomery.” The station has used the following callsigns in the past: WJJJ from 1939 to 1948, WCOV from 1948 to 1984, and WACV from 1984 to 2012. In addition to its 24/7 on-air transmission, WGMP streams online for music lovers from around the world. It also has an active presence over social media networking sites such as Facebook and Twitter to keep listeners updated. 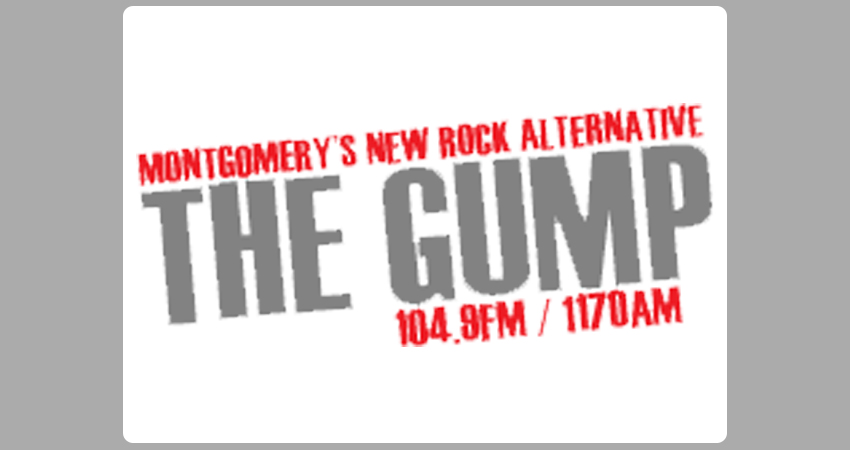 WGMP is a class B station on both AM and FM bands at a frequency of 1170 and 104.9, respectively. In local areas, the station’s predicted coverage is 5, whereas, in distant regions, its listening range is 10 miles. It operates with a varied, sufficient radiated power of 850 Watts during the day hours and a mere 7 Watts at night. It transmits analog signals from a non-directional antenna (2 patterns). The FCC granted it the license to broadcast on October 20, 2017, which would expire on April 1, 2020. The transmitting coordinates of WGMP are 32.454858, -86.290526.