Besides music, the station entertains families of Andalusia with its inclusive transmission- news, sports, radio (trade radio talk show), weather updates, and local events throughout the day.
The station includes broadcast from the Mainstream Country radio network of Dial Global. It offers round the clock live streaming to fans from around the world. 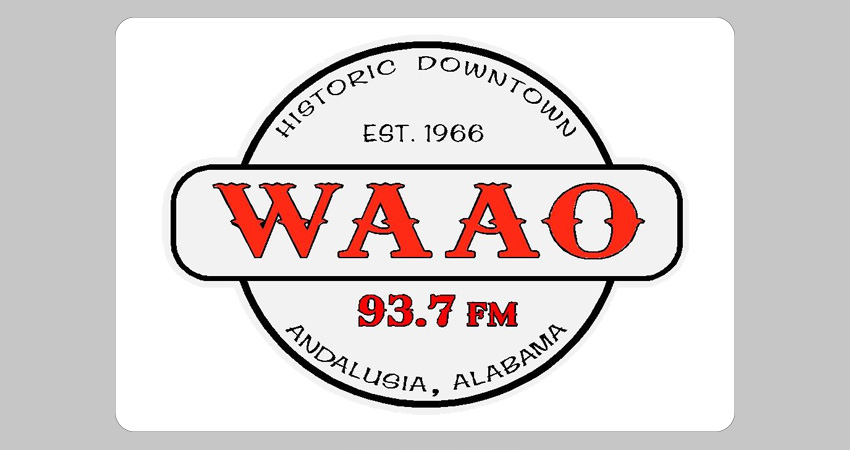 WAAO-FM has descended from an AM station WAAO at 1530 kHz. The following years mark
important dates on the station’s timeline:
1989- WAAO-FM went on air.
1987- On April 2, Companion Broadcasting Service, Inc received developmental approval for a new FM station from the FCC broadcasting with 3,000 Watts of ERP at 104.7 MHz. On April 9, The FCC assigned the call sign WAAO-FM to the station.

The local weekday programming features station’s own production as well as broadcast from affiliates. The famous Monday- Friday shows are:
The WAY-YO Wake-Up Crew by Blaine Wilson, Wynne Glenn, and Jim Wilson
The Party Line by Andrea Wilson
The Afternoon Drive with Kim Brewer
Crook & Chase by award-winning hosts Lorianne Crook and Charlie Chase with best Country hits and artists.

WAAO LDTV 40 is the sister station of WAAO-FM. It is a licensed class C3 FM station. The facility ID is 13502. Its digital status is analog (only). It follows a non-directional antenna pattern. The license validity duration is from Jan 2017- April 2020.