Wilkins Radio – WBXR 1140 AM is an American radio service licensed to serve Huntsville, Alabama, and covers the majority of Tennessee Valley. Licensed to New England Communications, Inc., the station broadcasts Christian ministry programming. 1140 AM is a clear-channel frequency. WRVA and XEMR-AM are the principal Class A services on this frequency. WBXR leaves the air at night to guard the skywave signals of the Class A services; however, an FM translator in Hazel Green, simulcasts its 24-hour programming.

This broadcasting station has been airing Christian teaching shows since 1994. WBXR enjoys a great fan following who listen to its programming every day. The primary signal of WBXR serves a populace of 10 lac. Its mighty signal with an ERP of 15,000 watts reaches Tennessee and Alabama besides 12 counties. Branded as “The Anchor 101.3”, the station is famous for its slogan “Radio That Changes the Way You Live:”
It has used the following callsigns in the past:
WIXC (1970-1984)
WKZF (1984-1985)
WIXC (1985-1991) 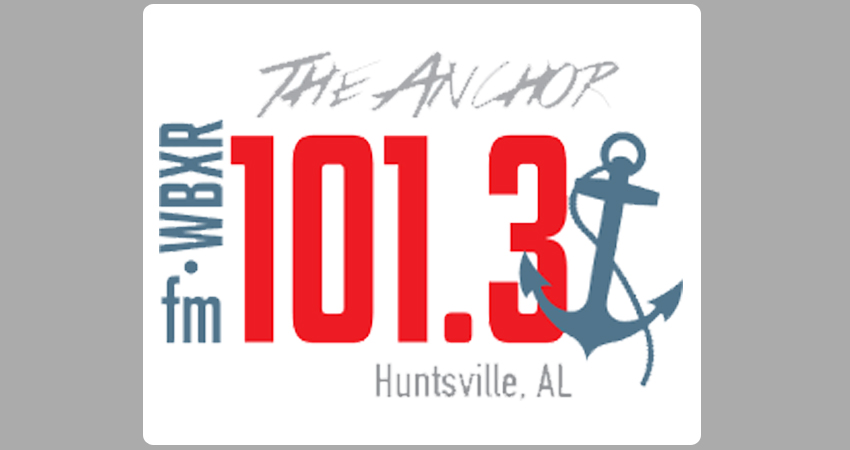 Some of the featured programmings comprise:
Leading the Way
In Touch
Watchman on the Wall
Hope for the Heart
Jay Sekulow Live!
Call to Worship
Willing Heart.

It is a class D AM service with facility id 8999. The station operates with an ERP 15,000 Watts, which reduces during critical hours to 7500 Watts. It transmits analog signals from a directional (2 pattern) antenna. The transmitting coordinates of WBXR are 34.953143, -86.644996. Its predicted coverage area is from 40 to 80 miles in local and remote areas, respectively.