WEUP 1700 AM is an American Radio service licensed to serve Huntsville, Alabama. It also serves most of the area in Tennessee Valley (North Alabama), United States. WEUP airs an Urban Contemporary Gospel music format. WEUP-FM is its sister station, which broadcasts Urban Contemporary programming. The station has its studios as well as transmitter along Jordon Lane (Northwest Hunstville). WEUV 1190 AM simulcasts its programming in Moulton (Alabama). It is under the ownership of Broadcast One (Hundley Batts, Sr. & Virginia Caples).

WEUP first went on air on March 20, 1958, at 1600 kHz on AM dial. 94.5 W233BR is its translator in Moores Mill. Its former callsign has been WEUV from 2000 to 2006. The service has four sister stations viz, WEUV,
WEUP-FM, WEUZ, and WHIY. It is famous for the slogan “Huntsville’s Heritage Station.” The station also streams online besides its 24/7 on-air presence. 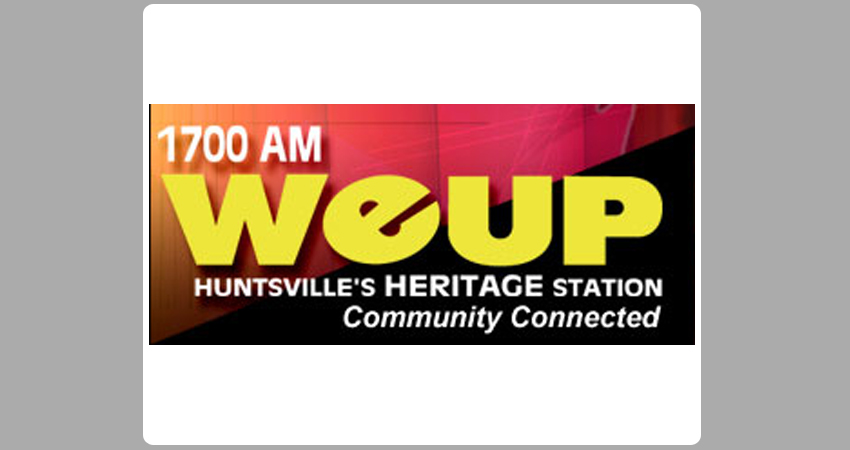 Steve Murry
The twice winner of the Stellar Award, a pro with vast experience of 30 years, has trained many young DJs. He hosts the morning show featuring family, faith, friends, and a lot of fun in the morning. A mix of classical and contemporary gospel music in his show is a cherry on the top.

Brotha Love:
The radio veteran goes on air on WEUP AM/FM station from 7 pm -12 am. His show features talk and Gospel. Besides being a radio personality, he is a philanthropist in true essence. He loves to work with civic and youth organizations.

WEUP is a class B AM/FM service with facility ID 87141. Operating with varied power of 10,000 a day and 1000 Watts at night, the station transmits analog signals from a non-directional antenna. Its predicted coverage area is from 20 to 50 miles in local and distant regions, respectively.