WJQX 100.5 FM branded as JOX 2: ESPN 100.5 is a 24/7 radio service licensed to Helena, Alabama, and serves Birmingham and central Alabama. Owned by Cumulus Media, the station is an affiliate of AuburnSports Network. Operating from studios in Homewood and transmitting from a tower in West Blocton, the station airs sports programming for Birmingham sports enthusiasts. It offers online streaming besides being present on social media networking sites.

The predecessor of WJQX first went on air at 105.9 FM in 1993 as WWIV- a simulcast of a talk radio WYDE. A few months later, WWIV became WWBR- an active rock station with the on-air name “105-9 the Bear”. Despite the fact that the station’s programming was sought after by its audience, it couldn’t rate high owing to the sparse broadcast signals.
In 1996, the service changed its call sign to WRAX and programming to alternative music. In 1998, WRAX interchanged dial settings with WENN-FM-afresh obtained sister station. The purchase of WANZ by Citadel Broadcasting compelled WRAX to swap dial positions. Its branding name was modified to “The X @ 100.5”. 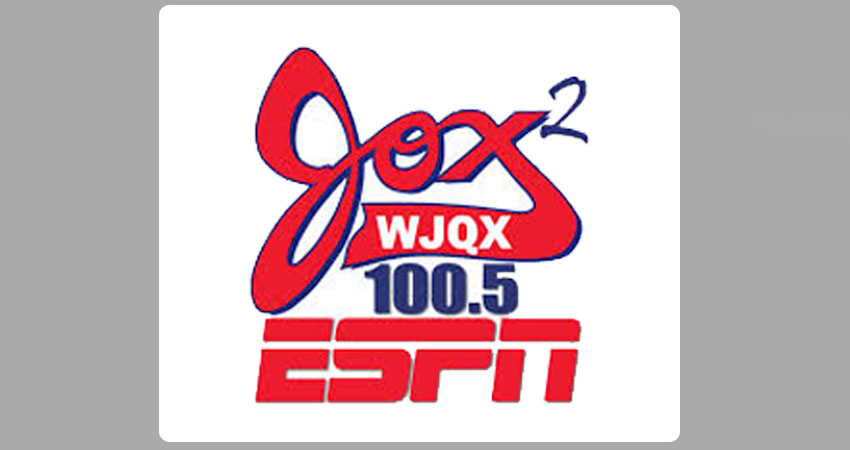 The following shows round out the weekday transmission:

Golic and Wingo
Hosted by Mike Golic and Trey Wingo, the show features the latest news, sports, and complete coverage of the sports world from 6:00 AM – 10:00 AM.
The Will Cain show
Will Cain unfolds the greatest stories in sports.
The Paul Finebaum Show
Paul Finebaum presents his unique input on the SEC and college football.
The Dan Le Batard Show with Stugotz
Stugotz, Dan Le Batard, and the company accord their unique viewpoints.
The other weekday shows include:
Jalon & Jacoby
Jorge & Izzy
The Freddie Coleman Show

The weekend broadcast includes shows such as:

On 7/24/2013, the station declared to join ESPN Radio as a simulcast to WJOX-FM. Consequently, WAPI completely returned to 1070 AM as JOX 2: ESPN 100.5. On August 1, WAPI-FM modified its call letters to WJQX to correspond to the format flipping to sports on August 12.