WTKI  1450 AM branded as “WTKI Talk” is a broadcasting service licensed to cover Huntsville, Alabama, United States. Owned by FRC of Alabama LLC., the station is Talk/Sports formatted service. It has its transmitter as well as studios to the west of downtown (Huntsville). The station also offers online streaming for worldwide listeners besides its 24/7 on-air transmission. 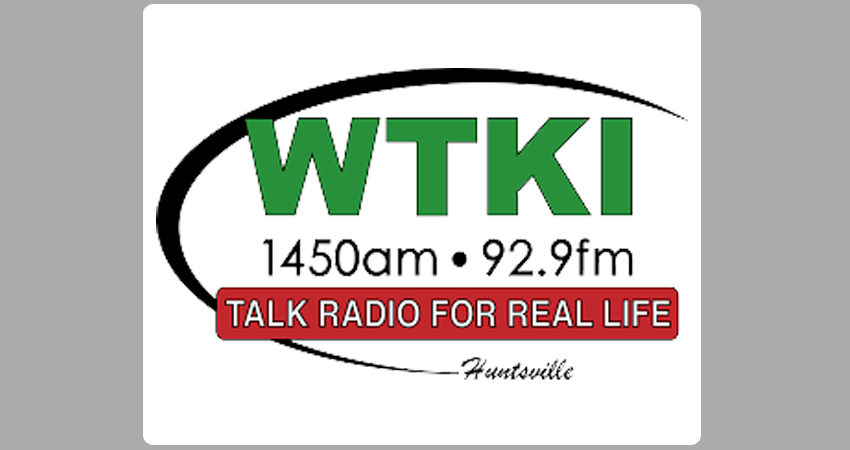 The station airs a mix of local, regional, and nationally syndicated shows.
The weekday lineup includes shows such as:
This Morning With Gordon Deal
The Fred Holland Show
The Dennis Prager Show
The Dana Show
The Joe Pags Show
America Tonight

The facility ID 30965 and station is a class C AM service Operating with 1,000 Watts ERP for unlimited hours; it transmits analog signals from a non-directional (1 pattern) antenna). The transmitting coordinates of the FM are 34.725091, -86.604160. In local areas, the predicted listening range of WTKI is 10 miles, whereas, in distant regions, it increases to 20 miles. The FCC concedes it the license to broadcast on June 13, 1989, which would expire on April 1, 2020.