WZYP 104.3 FM is a commercial radio station branded 104.3 ZYP. Owned by Cumulus Media, the station also broadcasts in HD Radio, licensed to cover Athens, Alabama, USA, WZYP broadcasts in the Huntsville area. Popular as a Top 40 (CHR) radio station, it plays the trending hits in pop, R&B, rock, and hip hop. The target audience of the station is young adults between 15 and 30. The station not only streams online but also has a highly active presence on social media with a huge fan following. Besides airing contemporary hits as a primary genre, the service platforms advertisements, local events and contests, deals, games, and news.

Established by the Dunnavant family of Athens, Alabama as WJOF in 1958, the service played a blend of striking music during the day. In contrast, it aired country music at night prior to 1978.
On June 10, 1980, the station changed its call sign from WJOF to the current WZYP. During the 1980s, WZYP remained the top-rated station of northern Alabama. Still, WDRM effected in its downfall since country music became popular with the youth with a comeback during the late1980s and 1990s. Nevertheless, WZYP has maintained its popularity among the most tuned in to stations of the Huntsville market through the mid-2000s. 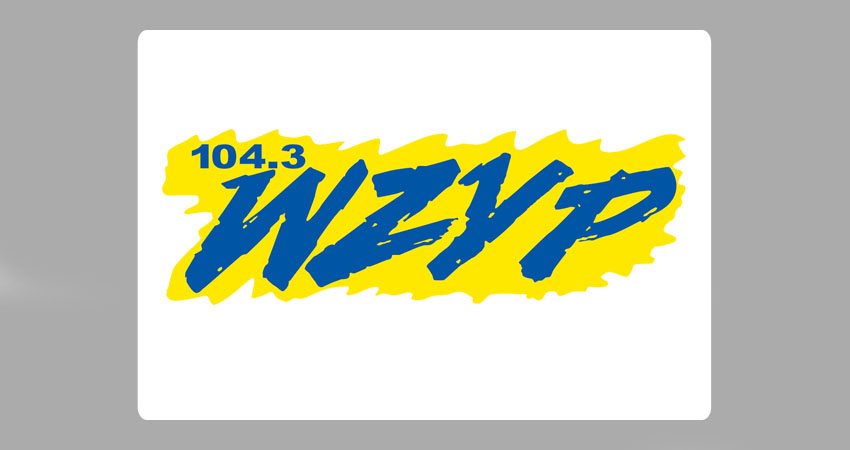 On April 1, 2003, Cumulus Broadcasting Inc. purchased WZYP from Athens Broadcasting Co. as part of a four-station deal for a reported sale price of $22 million. WHRP, WUMP, WVNN, WVNN-FM, WWFF-FM are radio partners of the station.

The following is the detail of the famous on-air shows:
The Mojo Radio Show
Listeners can tune into WIN BIG with Mojo Morning Mind Bender, The Dictionary Word of the Day, Idiots Making Headlines, and Random Facts.
Steve Smith (Weekdays) 3:00-7:00 PM
Besides hosting the ZYP First At Four and the 5 O’clock Traffic Jam and The ZYP Drive At 5 Games at 5:40 PM, Steve enjoys his career at WZYP as the program director and Operations Manager for the group of Cumulus stations in Huntsville.
The Zach Sang Show
The show features interviews of music stars in addition to playing music and offering gaming zone where listeners can simultaneously enjoy listening to their favorite songs as well as play online games and win prizes. The show hosts are Zach Sang and Dan Zolot.
Some of the famous weekend programs include:
Open House Party With Kannon
ZYP Hit Music
The Hollywood 5 with J-Si
The Daly Download with Carson Daly

The broadcast can be streamed right through northern Alabama and much of south-central Tennessee. The station’s studios are located in Athens, and its transmitter is in Madison, Alabama. Operating with the power of 10,000 Watts, the channel is class C full-service FM station with facility ID 3083. Its antenna pattern is non-directional, whereas the digital status is analog.

Click here to listen to live SportsRadio 730 The UMP.