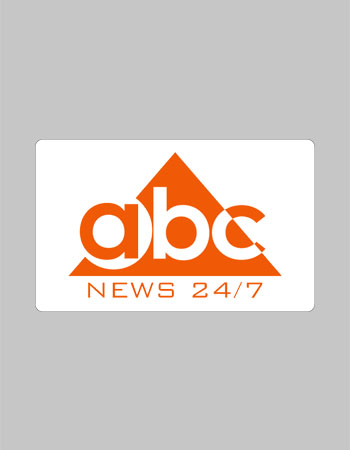 ABC is an Albanian News channel with the frequency of 105.00 MHz FM. It refers to” American Broadcast Company.” The ABC is known as the very first established TV station in Albania. The day when it was established, it collaborated with seven different local studios like Vlora, Fier, Korca, Elbasan, Durres, and Shkodra. It has a huge fan following on facebook and youtube.

ABC is an infotainment TV and FM station with the frequency of 105 MHz. It represents Albanian culture and people. It airs all categories of programs and shows like weather, politics, culture, economy, region, sports, technology, showbiz, and World News. This TV and Radio station also holds educational programs, debate shows, documentaries on various things, trends of modern society, etc. All the programs are organized by professional, experienced anchors, successful DJs, and News castors. The broadcast is throughout the week for 24 hours. It continuously broadcast authentic News and inform its audience about what is happening in the world. The broadcast reaches throughout Albania via satellite.

It broadcast typical updates about everything related to Albania country. It also broadcasts international News about what is happening around the world. ABC TV airs updates regarding showbiz which are about the celebrities, actors, and singers of Albania. The anchors interview them and call them on special events. The culture show expresses the influence of it on other people. The reporters take the opinion of tourists about the products and places of Albania. It also keeps up to date about the weather and its changes every day. The station broadcasts different talk shows in which they call upon different people of ruling parties and discuss politics. It promotes Albanian sports and airs them through online streaming. Moreover, it broadcasts various information based programs on the topics of technology, policy, region, etc. and many others.

The Channel broadcast all kinds of programs and News. People of every age listen to it passionately. The TV channel also has its App people can download this app on their cell phones and can log in to TV channel. People can see live TV on their phone wherever they are it will provide them every detail of what is happening around the world. The live News channel and the app have the Albanian language so that people can understand easily.

There are competitors of the Channel like Top News, A1 Report, EuroNews, and countless others.