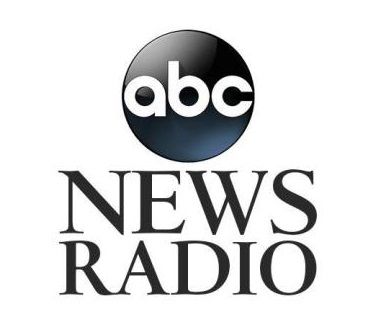 The radio station was developed from the ABC television network. It applies and utilizes the sky view networks as their main broadcasting approaches. The station is currently one of the major stations in the United States through its involvement in commercial advertising clientele. In 1963, the station gained media popularity after making the first announcement of the assassination of President John Kennedy. Don Gardiner was the present anchor that aired the incident.

The operations of the radio station started in 1950, and the main broadcasting competitors included CBS and NBC radio stations. The station is covered by six networks as a strategy through which the different approaches are determined. The differentiation strategy such as using a different network to host entertainment prospects was preferred as an expansion strategy. The expansion approach applied the different needs of the target audience. The other categories of the station include the information network as well as the newscast.

After gaining popularity in 1963, the station has experienced strategic development through the differentiation of functions into entertainment, information and news sections. In 1968, the station operated as a singular entity using one channel in broadcasts. Later, the station entered into a broadcast strategy with the partnership programs such as with NBC Blue Network. The partnership was significant in the essence that it facilitated the development of a telephone line that connected it with the audience. The telephone development was significant in issues such as political discussions as well as the discussions of contemporary issues. Further, 1982 was characterized by the addition of ABC Rock and Direction, two programs that facilitated effective broadcasts and outsourcing from the audience. Other historical developments include the partnering with Citadel Broadcasting in 2007. The merger was crucial in improving the asset base and ability to offer programs from broader assets and channels base.

The significant presenters to the radio station include David Blaustein in charge of broadcasts in New York. Additionally, Ryan Burrow is a presenter in charge of Chicago. Jim Ryan is in charge of Dallas. These major presenters are accompanied and complemented by other junior level presenters to enhance coverage and convenience in the presentation of information. Among the remarkable presenters that are no longer airing include Charles Gibson that retired in 2009. The prominence of the presenters is ensured by their contributions and grip of their followers. In this way, the presenters have different techniques to attract listeners used as a development strategy in the station’s networks.

There are major and minor programs in the station distinguished by the popularity level and the extensive nature of their developmental elements. The news and comments program is a daily broadcast was hosted by Paul Harvey and is now hosted by Gil Gross. The program focusses on the facilitation of commercial messages on social controversies. Importantly, the program allows social participation through the popular messaging system and phone network. The entertainment program comes every hour before news bulleting on weekdays. Mike Huckabee hosts other short appointments and programs such as the Huckabee Reports. The programs are situated strategically with the consideration of the target audience. In this way, the programs targeting children are aired in mid-morning sessions on weekends. Adult programs and political discussions are mostly broadcast in the late evenings.

There are major achievements made in the radio station. Firstly, the affiliations and collaborations with other companies was a strategic achievement. Specifically, association with Westwood One was significant in the outsourcing of political information and hosting discussions. The radio station was developed through increased partnerships with affiliate stations. Specifically, the affiliate stations aimed at improving the quality of information outsourced. The most significant development was the inclusion of entertainment programs with sound bite packages. In 1982, the radio network achieved a wider market stance by actualizing satellite services. The merger with Citadel Broadcasting is also considered a major accomplishment. The merger was a major milestone in the actualization of the capital expansion for the radio networks. Integration of the positive incentives, mergers, and partnerships with other radio stations was considered a major developmental achievement.

Among the favorite shows in the station include the Hoof on the Till. The show is presented by Helen Thomas and Max Presnell on issues of sports and other racing events. The show has a large following due to the command it has on the different emerging issues in the world of sports. Japan in focus is a weekly show that is presented by Eleni Psaltis and discusses social, economic and political elements in the United States and Asia. Additionally, the program has become popular due to its indiscriminative approach on trending issues such as gender-based discrimination and empowerment of women. Tracey Holmes hosts the ticket show that concentrates on the focus of sports and their application to daily life. An overview of the different shows demonstrates their role to the structure and magnitude of the following the radio station has gathered over time.

The target and current audience for ABC News Radio are defined by the programs they follow. Generally, the audience is divided into economic, political and entertainment followers. The economic audience is concerned with the different shows that depict the development and growth of the economy. In the same way, the political audience aims at the derivation of insights through civic, political education and obtaining information on political subjects. In the same way, entertainment followers make a significantly large number of people. The persons are interested in the combination of music entertainment and the news broadcasts on sports. The different interests of the audience informed on the roles they have in expanding the station’s coverage.