CFOX 99.3 FM is a radio station that is based in Vancouver, British Columbia. It is known by the name CFOX. Its transmitter is located at Mount Seymour situated in the northern area of Vancouver. Its studios are situated in Downtown Vancouver. The owner of the station is Corus Entertainment. The format that it features is modern rock.

The station first went on air in 1964. Its operating power was 100k watts. FM call sign was CKLG FM. Its format was easy listening, but it started doing experiments. After some time, it became the primary rock music station in Canada which broadcasted 14 hours a day. It happened in 1968. In 1970, it started broadcasting a talk show. The host of that talk show was Allen Garr, and its duration was two hours. This talk show continued to run till 1975. The station had collected a stock of 3000 music albums. The programming that is broadcasted was live excluded Sunday mornings. During 1976, the format of it switched to progressive rock one. CKLG FM became CFOX in the year 1979. 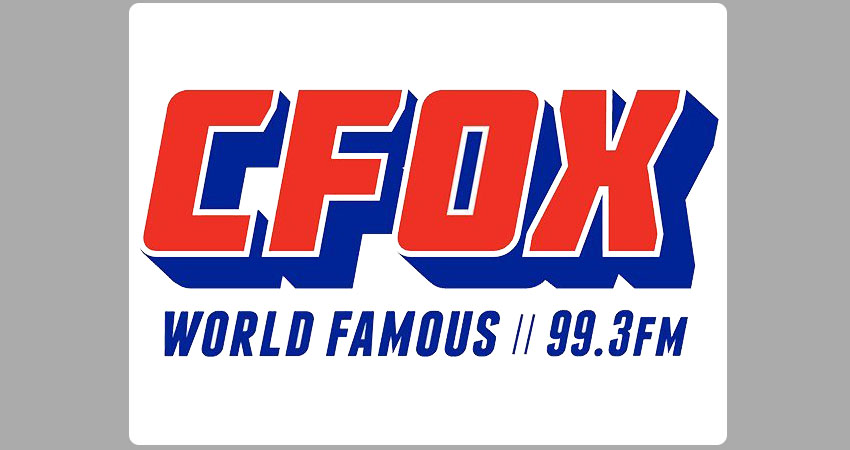 In 2003, CFOX became the only alternative rocker station in the region of Vancouver. This was because Rogers had switched the format of CKVX to adult contemporary. However, CFOX quickly assumed its format of active rock. It remained inclined towards alternative rock music. Finally, it went back to an alternative format in 2011. During the same year, in July, the station was approved to change its operating power. Its power became 51k watts. Earlier, it was 32k watts.

The frequency at which this radio broadcast is 99.3 MHz. It broadcasts to the region of Metro Vancouver. Its slogan is Vancouver’s Modern Rock. Its sister stations include CHMJ, CKNW, CFMI FM, CHAN DT, Global News: BC 1. It belongs to class C. The power at which this radio operates is 51 k watts on average and 100 k watts on the peak. The HAAT that it covers is 368.4 meters which are almost 1209 feet. The transmitter coordinates are 49.345°N 122.973°W.