FM 100 Pakistan is a broadcasting commercial radio station found in Islamabad, Pakistan. It is a hit radio network that broadcasts around the clock. FM 100 Islamabad plays Music format live online. It airs Bollywood and Adult Contemporary music all day. It employs the Urdu language as its medium of communication. Established in 1995, all of its programmings emphasize entertainment.
Its studios are set in many big cities of the country. These cities include Karachi, Lahore, Islamabad, Hyderabad, Rahim Yar Khan as well as Multan. It gets the audience mostly from the urban population. As it touches the heart of all Pakistanis,” Heartbeat Of PAKISTAN” is its second name.

FM 100 was launched in 1994 in Islamabad. On 23 March 1995, the first time it went on air and began its regular transmission. It became the first radio station of the country that broadcasts live entertainment programs 24 hours a day. Soon, it got immense popularity and set up its networks in five major cities of the country. In 2012, Hyderabad and Raheem Yar Khan also got its license.
In 2014, it also started its transmission from Multan, Abbottabad, and Gujrat. And in the same year, it also extended its studios to the city of Jhelum. Transmitting from nine big cities, it has become the largest private FM radio station in Pakistan. Its broadcasting covers 65% of the population. It is the great achievement of the station 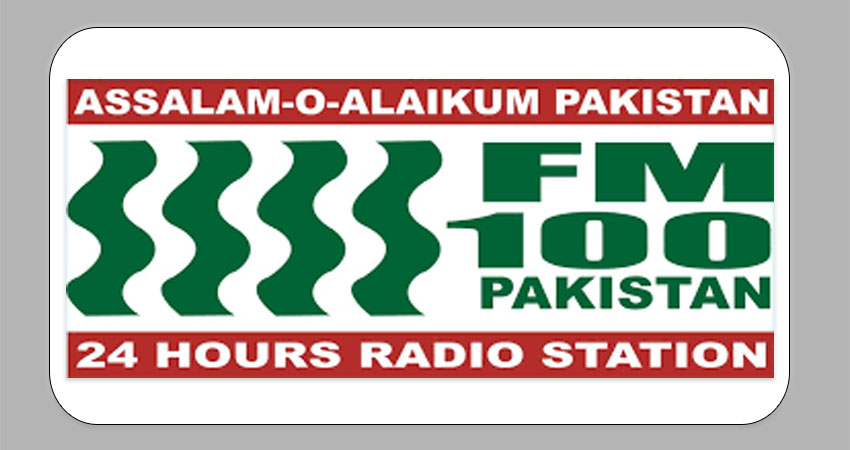 It aims at promoting the popular music of Pakistan among all the generations. For the young generation, it airs regular shows on Urdu Pop and Punjabi and Western songs. It entertains housewives with the latest film hits. It offers Ghazals, and folk songs for the listeners belong to all ages
This radio station plays a vital role to change the entertainment pattern of all major cities of Pakistan. It aims to bring about a change in the radio listening habit of Pakistanis.

FM 100 stands No.1 in the ranking of private radio stations in the country.

Competitors of the Station:

FM 100 competes with many radio stations situated in Islamabad. Some of them are Radio1 FM91, Saut Ul Quran Chanel, Radio Pakistan Islamabad, as well as Power Radio FM 99.