KOAN (95.1 AM), branded as “KOAN FM 95.1 AM 1080”, is a commercial AM radio station licensed to serve Anchorage, Alaska. Tetyana Sevvina Robbins owns the stations, and Falcon Broadcasting LLC is the licensee of KOAN. KOAN is administered by Alaska Integrated Media, which owns six other radio stations. It has its studios in Anchorage’s Business Park Boulevard, while its transmission tower, is in South Anchorage. The station features programming from four affiliate stations: Salem Radio Network, Westwood One Network, Premiere Networks, and Fox News Radio. 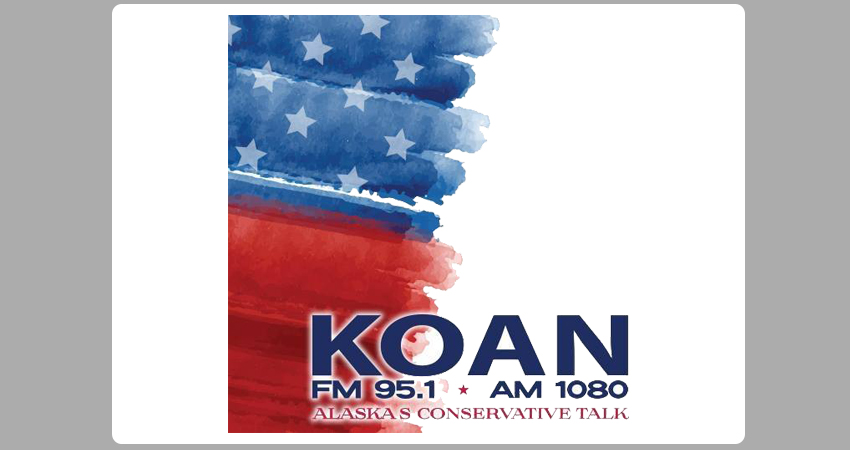 The station is a class A AM service, an Alaskan clear channel, with facility ID 12961. It operates with the maximum sufficient radiated power of 100,000 Watts for unlimited hours, transmitting analog signals from a non-directional antenna. The transmitting coordinates of KOAN-AM are 61.119446, -149.897475. In local areas, the station’s coverage is 40 while 80 miles in distant regions. The FCC granted it the license to transmit on December 18, 1986.