Warna 94.2 began its operation in June 1936, which also makes it one of the oldest Radio channels in Singapore. The company that owned the channel, and the channel itself kept changing names over the course of their run until 1991. In 1991 the channel adopted the name of Warna that is Malay for “Color,” and since then, it has been operating as Warna.

The radio is owned by one of the biggest telecommunication companies in Singapore, MediaCorp. It airs contemporary music in the Malay language, the gig that makes it unique that it airs vintage Malay music from the 1950s and beyond. In 2016 it was named the Number one Malay radio channel in Singapore by the Nielson Radio Survey.

The channel airs all along week airing different programs. The program schedule of the channel can be divided into two categories. Those are weekdays and Weekends days. The programs air on the channel during the entire week are given below. 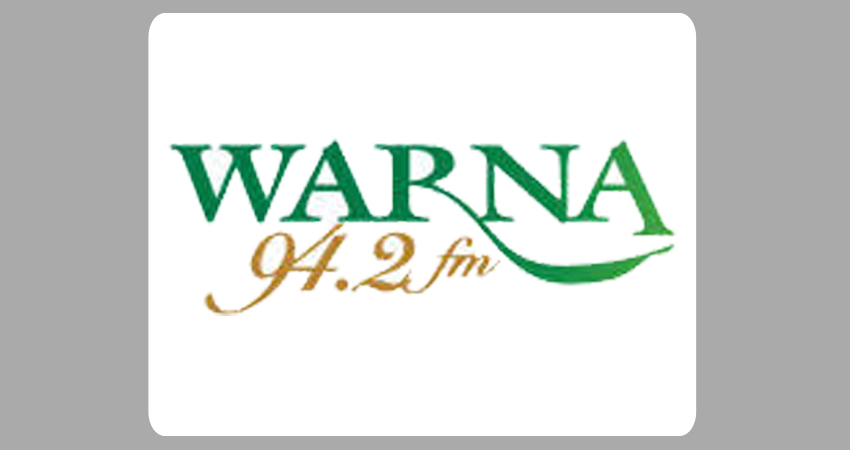 Its Targeted Audience is rather Linguist based than geographic. It most listens among Malay speaking Singapore public; outside Singapore, Malay-speaking community of Malaysia and Indonesia alongside the Singapore Borderline.

The channel is currently the most tuned in the Malay radio channel in Singapore. Its primary competitors are SPH Radio and Media Corp itself. The reason behind its popularity is the blend of international and Malay music from the 1950s.

The station includes some of the famous and oldest names in the Presenter’s department, like Suharti Ali and Zakiah Halim, who are presenting for more than 30 years in the radio industry.
Mariam Mas’od
AB Shaik
Suriani Kassim
Fadhli Kamsani
Suharti Ali
Md Tahir Ghalib (TG)
Razak Rahim (RZ)