BBC Radio London is a London-based radio station. It is a part of the more extensive network of BBC. With its base in London, the channel has its tentacles spread all through Greater London and even beyond, on the 94.9 FM frequency, Virgin Media Channel 937, DAB, Freeview Channel 721, Sky Channel 0152 (in the London area only) and of course, online.

The station was launched on October 6, 1970. Statistics show that it currently enjoys a weekly audience of 565,000 listeners. As of December 2018, it also experienced a 1.2% share. These figures are certainly a confirmation of the fact that the station has flourished from inception to date.

It has done well to advance and rise with its peers over the years. At the moment, their audience can listen to live. The audience can achieve this by using online streaming and live streaming options. 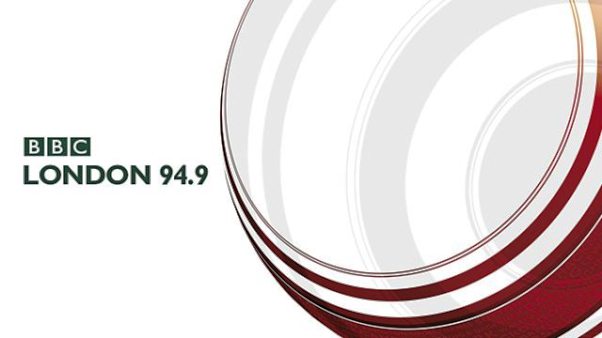 It was launched three years before the launch of commercial radio for Greater London. The station existed as the local channel for the capital. Right from the start, it has been known for its phone-in programs, extensive traffic reports, and the likes of them. The trend has continued even to this present moment. It is also pertinent to note the fact that it was BBC London that pioneered the idea of daily phone-in, in the whole of the United Kingdom. This particularly happened in 1977, when the phone-in program, Sounding Brass, was first aired.

However, the station is far better off than it used to be in the earlier days. It once relied on the other stations within the BBC network for their news reports. This is no longer the case.

As the years went by and new radio stations began to come up, they imitated BBC Radio London largely. This imitation caused a reduction in their audience. On the long run, on the 7th of October, 1988, it closed. BBC had a plan following its closure. Immediately after its closure, test transmissions began for the new radio station. The station was named the Greater London Station, launched on the 25th of October.

After three years of its re-launch, the management of the BBC gave the new station another three years to showcase its worth. The station achieved that, and the administration could agree that it had finally come to stay.

Again, October 2001 witnessed the change of the name of the station to BBC London 94.9. It accomplished the feat of being the first BBC Local station to air an online live-stream for 24 hours.

Finally, on the 6th of October, 2015, BBC London 94.9 had a makeover. This rebranding had its name changed to BBC Radio London.

It creates the idea of London in the mind of the audience, using sound. Several nice and famous programs include: Dogs and the city by Jo Good, Manual for Survival by Kate Brown, the London Film Podcast, a tour of Southfields by Jason, Tom Chaplain Live In Session. All these programs encapsulate the essence of London. With large doses of creativity infused into every program, BBC Radio London is never a bore.

It is a well-established arm of the BBC network. Hence, the radio station has a wide variety of great presenters on their list. Such presenters include Robert Elms, Vanessa Feltz, Eddie Nestor, Joanne Good, Dotun Adebayo, Nikki Bedi, Carrie & David Grant, and Duncan Barkes.

Vanessa Feltz is a seasoned English Television personality. With two shows on TV, she is certainly doing well for herself. This broadcaster and journalist is a great radio host. To listen to Vanessa, tune in for the Breakfast show. It airs every morning on weekdays.

Robert Elms is a legendary broadcaster and English Writer. He used to write for The Face Magazine as far back as the 80s and is currently highly recognized for his excellent radio shows.

Joanne Good is a British actress. She remains a great radio host, television presenter, and even a broadcast journalist. She hosts The Afternoon show on Tuesday afternoons.

Eddie Nestor is the guy who regularly makes jokes about turning thirty on his radio show. This comes as no surprise, as Eddie is a standup comedian. To listen to Eddie, tune in for Weekday Drivetime.

Duncan Barkes has worked with several radio stations, but he currently presents on BBC Radio London. He is a columnist, a journalist, and of course, a broadcaster. He enjoys talking about politics and news. To listen to Duncan, tune in for Late Show from Sundays to Thursdays.
Dotun Adebayo is a writer and a publisher. He is famous as a presenter for his show, Up All Night. He is also renowned for the obituary program he hosts, Brief Lives.

Nikki Bedi works for the BBC World Service as the writer and presenter of The Arts Hour and The Arts Hour on Tour. On this radio, she has her weekend show. You can tune in to listen to her every Sunday Morning.

No great radio station ever existed without a great disc jockey. And for BBC Radio London, Tony Blackburn is the man for the job. He was the first disc jockey to broadcast on BBC Radio 1. He has a vast portfolio as he has worked with several corporations. This includes the Capital Gold and the Classic Gold Digital. To listen to Tony display his fantastic skillset, tune in every Sunday Afternoon.

Statistically, it is obvious that this channel is doing great in terms of the numbers. Due to a wide variety of shows and presenters, the FM station has a mixed audience. This situation is because young or old, conventional or unconventional, can find their taste within these varieties.

However, the target of the station is the mainstream audience. This is consistent with the style of other BBC radio stations. In the past, the station tried to fit its activities into the differences (in religion, ethnicity, and culture) that exist within London, but this has changed.