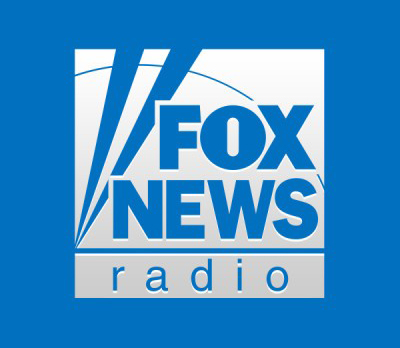 The radio station started broadcasting only as a syndicate for the Westwood One in 2003. Developments from the syndicate were based on the creation of a broader platform for broadcast by increasing the number of employees. Specifically, the increase in the number of employees resulted in stabilization in 2005. Currently, the station conducts broadcasts and commentaries on a daily basis.

The news and reviews are based on different topics and focused on distinctive social groups. Most transmissions are divided into five minutes sessions. The sessions include proportional programs and newscasts. Programs are arranged regarding their target audience informed by the strategic timings and organizations. The current outreach programs include hosting major personalities as a strategic approach through which the station reaches out to the target audience. Among the significant broadcasting networks include Premiere Networks and talk radio network. The networks are crucial assets as they facilitate developmental reach to the target audience.

From the expansion of employee base in 2005. The radio station accomplished the specific and important developmental milestone. The expansion allowed the creation of approximately 60 stations through which the broadcast channels were operated. With affiliation on the clear channels, the news forecast and the news radio channels were established. Two thousand fifteen marked the second historical development where the Fox News headlines were launched. The launching of headlines was strategic and essential to the gain of popularity in the radio stations. Specifically, the radio station established a market expansion. Expansions witnessed in 2015 were characterized by the creation of stations that focused on the political and sports news. The main agenda in the historical development was the expansion of broadcast coverage. 2017 was marked by the improvements in the commercial breaks and introductions of the newscasts.

There are major developments in the radio stations that have developed the historical timelines. Firstly, the development marked by the expansion of channels from clear channels communications created the first significant development. The introduction of the use of personalities made programs more popular and increased the channels’ online reviews. In 2015, the radio station achieved full engagement through independent channels. The independent channels led to the creation of political forums and outsourcing for breaking news. The significant presenters in the station include Dave Anthony that hosts the morning briefs on political and regional development. Additionally, Lisa Brady and Jane Metzler specialize in airing health and contemporary issues programs. The programs are directed toward the solution of social challenges and contemporary questions. Shows by Lisa Lacerra and Pam Puso engage in music entertainment programs.

There are different programs aired by the station through its affiliate broadcasts. Firstly, Brian Kilmeade is an early morning program specializing in fiction entertainment. The fiction approaches include family dramas and educational literature. The Todd Starnes show is a midday program that focuses on live news and open forums for discussion. The public discussion forums are directed toward the facilitation of different aspects such as social cultural and political issues. The discussions are facilitated through the inclusion of a host as well as the use of telephone conversation. The discussions create a critical session in the radio programs as it facilitates the creation of political and social ideas. The Tom Shillue show is a comedy depiction and presentation program. The Benson and Harf show engages on issues of policy and political debates. The different aspects are a depiction of social, economic facets through which the policy formulation is built on.

There are important milestones in the radio station considered significant accomplishments. Firstly, the creation of the Fox News Talk is a program that invites prominent personalities. The invited personalities form a critical evaluation point through which political discussions are held. The broadcasts were accomplished through the help of affiliate stations as well as the expansion of channels. The other development was marked in 2015 where a new channel was launched and branded Fox News Headlines. The partnership with prominent groups such as the Wall Street marked critical development. The accomplishment of Fox News Alerts that conducted several interviews improved the popularity of the station. Most of the significant achievements are depicted through the expansions of channels and affiliate broadcasts. In the same way, the radio station developed from the use of syndicate to independent broadcasting agencies.

There are popular shows in the radio program that have created a large following and improvements in online reviews. Newscasts are popular shows aired by Dave Anthony and Lisa Lacerra. The new cast is a collection of happenings that pose as wither breaking news or developing the story. Gurnal Scott and John Decker host the correspondent’s program. Integration of different shows creates a brand name and a point of popularity. Podcasts are also a category of popular shows as they demonstrate the various concerns and issues ion the mass media. The eastern time that later transformed to 24-hour time is a popular show that deals with a combination of all programs such as the political, social and economic facets. The popular Fox News Headlines complimented the other news shows by presenting unfiltered information and breaking news. The popular shows create a depiction understanding of the different objectives of the station.

The audience of the radio station is uncategorized. In most cases, the various number of representations and broadcast categories describe the audience. Most of the audience to the Fox News Radio are political and musical fans. The political audience coverage for the radio station accounts for the largest proportion. The large proportion is explained by the many programs that are inclined to political views. Secondly, there is a large following for the audience that is interested in fashion and lifestyle approaches. The inclusion of sports caters to the audience interested in gaming and sports. The other audience is distributed among social systems such as relationships and healthy eating. Clearly, the scope of the audience is described by the programs they offer.