USA Today is an American daily newspaper with international recognition making it the most popular publication from its owner, the Garnett Company.

You can listen to USA Today radio 24/7; it broadcast interviews, podcasts, and the latest news from all over the world. This channel was founded on 15 Sep 1982. The focus of this channel is the latest news related to sports, politics, life, stock exchange, fashion, and technology.

It was founded by Al Neuharth on the 15th of September, 1982 and its operational headquarters was Garnett’s corporate headquarters in Virginia. But it all started on the 29th of February, 1980 when a company task force called PROJECT NN had a meeting with the chairman of the Garnett company chairman in Florida to help develop a national newspaper. The first format of the intended publication was first printed on the 11th of June, 1981 and the designs were sent to popular newsmakers and top journalists for criticisms, reviews, and feedback.

The National Newspaper called USA Today was then approved for launching on the 5th of December, 1981. The launch of the newspaper was announced on the 20th of April, 1982 and it started its publishing on the 15th of September, 1982 in only Baltimore and the Washington D.C metropolitan areas. As time went by, the reader base was expanded just as the distribution of the newspaper expanded up to a circulation of about 362,879 copies at the end of 1982. On the 10th of July, 1984, an international edition for USA Today was launched, and it was basically meant for readers abroad, and about four months later, they had the first transmission of its international edition to Singapore through satellite. 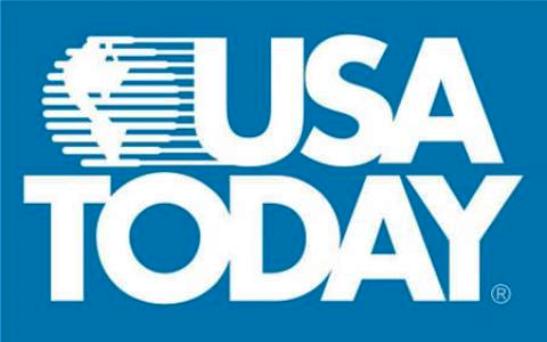 And on the 8th of April, 1985, the first special bonus section was published which featured a 12-page section called the Baseball ’85, and all the sections do was examine the Major League Baseball season in 1985.

As the brand continued to expand, it saw the launching of its website on the 17th of April, 1995 which was among the USA Today Information Network, set up to provide news coverage and then later expanded to include a spin-off website which was launched in 2002. For the first time, USA Today started running adverts on its front page in October 1999.

In February 2000, the USA Today Live broadcast and Internet initiative was launched in a bid to provide transmission from the newspaper to television stations nationwide both for use on their websites and in their local newscasts. The USA Today News Center was launched in 2001 as an interactive television news service which was brought about through joint ownership with the On-Command Corporation which was distributed to all hotels in the United States and on December 2015, Gannett officially launched the USA Today Network which was a national digital service mainly to collate news and provide a shared content between USA Today and other 92 local newspapers owned by the company all through the United States.

By 2017, some pages of the USA Today’s website added the autoplay tab for videos and audio supported stories.

Click here to listen to live Voice of America Global.