WNYC is a trademark and a series of call letters shared by two public, non-commercial radio stations in New York City, owned by New York Public Radio, a non-profit organization that operates as a WNYC RADIO until March 2013.

WNYC (AM) at 820 kHz and WNYC-FM transmission at 93.9 MHz. Both transmitters are members of the NPR and have local and national news/speech programs. It reaches more than a million listeners every week and has the largest public radio listener in the United States.

Funds for the construction of the station were approved by the New York Estimation and Distribution Board on 2 June 1922. This radio made its first official publication two years later July 8, 1924, at 570 AM with a second-hand transmitter transported from Brazil. The studios and the transmitter were at the Municipal Building, Centre Street.

HV Kaltenborn, who hosted the first WNYC test program for radios in 1926. The “Brooklyn Daily Eagle Current Events Competition,” the pioneer of programs like “National Public Radio’s Wait Wait… Don’t tell me!”. In the early years, it did not get the funds from recording library and borrowed albums from record shops in Manhattan City Hall, where its studios were located. According to legend, a listener began to give the station classic discs.

STUDIO 360 is the weekly public radio program about arts and culture offered by playwright Kurt Andersen. The primary purpose of the program is to “Get inside the creative mind” and to use art and culture as a lens to understand the world. The program was created by PRI, which focuses on media and cultural journalism in the media. 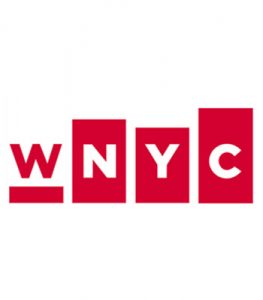 Radiolab: The program, organized by JadAbumrad and Robert Krulwich, focuses on scientific and philosophical issues. The program aims at addressing broad and difficult issues such as “time” and “morality.”
It was one of the first adopters of new technologies such as HD radio, live audio streaming, and podcasting.