Taleem ul Quran Radio FM 92.9 is an Islamic radio channel. This channel provides information about Islam and educates the people of Afghanistan according to the teachings of Islam. FM 92.9 provides programming during the day, and also its official website is present on the internet. One can listen to this FM on the web and also can read the articles on their website. Its frequency is Mhz 92.9 FM.

Afghanistan is a Muslim country, but a significant number of the population is illiterate, and radio is the second emerging mass of Afghanistan. Islamic scholars communicate through it with Afghanis. It is a source of Islamic knowledge, and also people listen to the Quran on this channel. During Ramadan, this radio channel broadcasts many programs related to Ramadan, including what are commandments about fast, zakat, and all.

The main aim of this station is to spread the voice of Islam to the world. They operate in both language English and Arabic for the world and in Afghanistan Pashtu. This FM consists of a committee who are highly educated, and they do know well about Islam. It is for all Muslims of Afghanistan and the world irrespective of gender discrimination, race, language, and political persuasion. 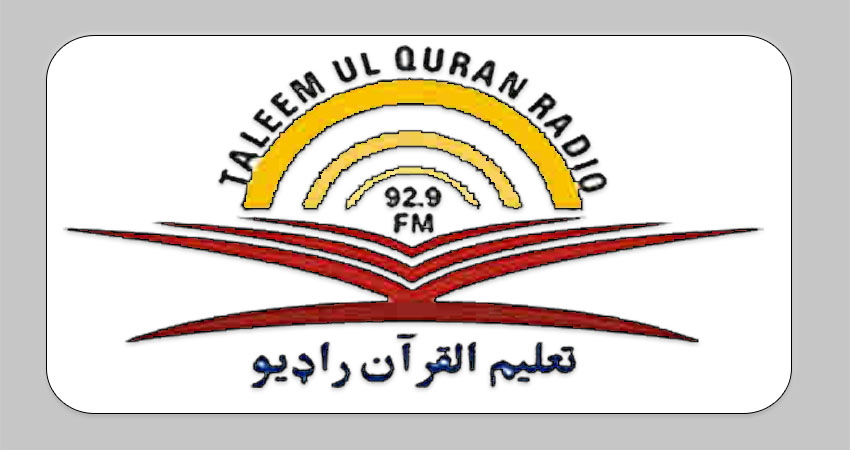 It plays different types of Islamic programs. This FM Station almost covers every aspect of life according to the teachings of Islam. This channel broadcast programs which guide people to spend their life according to Islam. Daily Hadith and Tafseer of the Quran are played on Radio Taleem ul Quran. This radio also does programs on the lifestyle of different prophets and discusses the problems faced by the prophets. It teaches their listeners patient and to enhance their abilities to handle issues according to commandments. On the internet, this channel also publishes articles on different topics. Scholars discuss various aspects of Shariyah and tell the difference between right and wrong. During Ramadan, it becomes a significant interest of people as Afghanistan is a Muslim country. People use to listen to this channel to learn about Islam.

This channel provides programs on different topics of interest of different people. This channel does programs on Fiqah, quiz, Taraweeh prayer, Quranic class, Religious talk shows, etc
Following is the list of some programs.
A unique program for women is ”Women’s Hour”.
The program based on the Quran is ”Quranic pearls”.
Another popular program is ”Sabahiyat”.
Program ”Stories of the companions” is about the life of companions of the Holy Prophet.
Some other top programs are Fajar Adhan, Manaaikul Haj, and Asrar al Quran.