BBC Radio 5 Live is famous in public as 5 Live. It is the national service of BBC, the UK that owns it. Using the format of news/sports, it broadcasts in the British English language. The content, 5 Live airs, includes news highlights, sports news, all sports events, discussions, interviews, and phone-ins. It is the biggest radio network broadcasting sports in the United Kingdom.
Original Radio 5 started on August 27, 1990. After two years and three months on March 28, 1994, Radio 5 Live was relaunched. Located in Salford, it airs from Media City UK. It is the main branch of the BBC North division. The live streaming of some events is not available online on the internet because of copyright issues. These restricted events of live sports are available on the UK addresses only.

Original Radio 5 started on August 27, 1990. After two years and three months on March 28, 1994, Radio 5 Live was relaunched. In 2000, the BBC rebranded the station with a new logo. The station kept using that new logo for the next seven years.
Furthermore, on February 2, 2002, BBC launched BBC Radio 5 Live Sports Extra, a companion station of Radio 5. Radio 5 Live Sports Extra is a digital-only service to broadcast all sports events to avoid clashes. In 2008, with the announcement of the BBC, the station moved to Media City of the UK in Salford. 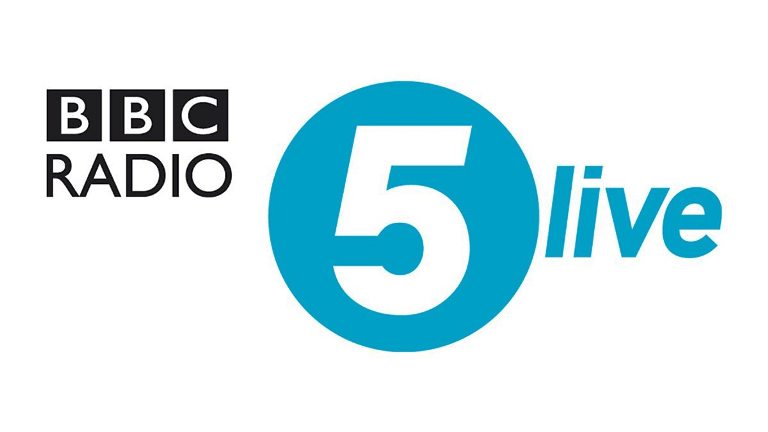 It uses different slogans according to the event and programming. These slogans are following
“On digital and online, smartphone, and tablet, this is BBC 5 Live.”
“Live news. Live sport.”
“The World Cup Station”
“The Olympic Station”
“First for breaking news, and the best live sport.”

Radio Five Live won many awards on its achievements. These awards are as follows:
Five Sony Awards in 2005
The single gold award for its coverage of the Asian tsunami in 2004
Other four silver awards along with six nominations.

The Most Popular Shows on BBC 5 Live