WKKR – 97.7 Kicker FM is a commercial broadcasting service licensed to serve Auburn, Alabama, USA. Established in 1968, the station is owned by iHeartMedia, Inc. at present. With the slogan “Lee County’s Best Country” and brand name “97.7 The Kicker”, WKKR airs Country music format. The station streams online and is available on app stores for android/iOS devices. 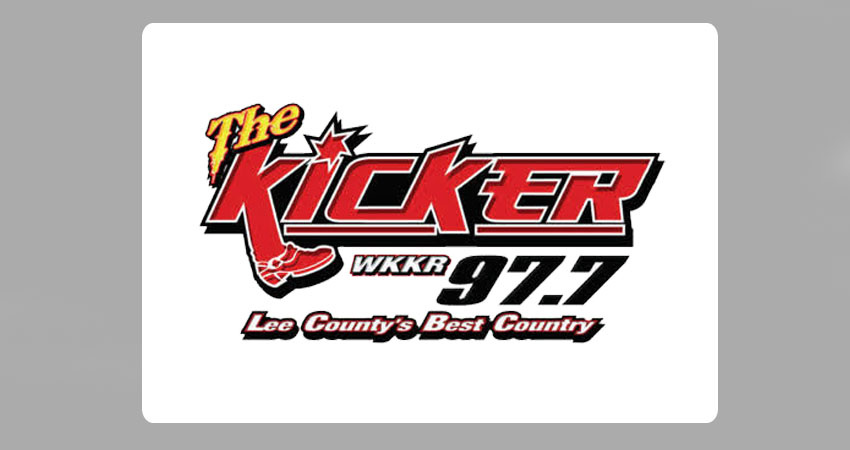 Under licensee Faulkner Radio, Inc., WFRI, started broadcasting a middle of the road music programming on July 8, 1968. The station increased its signal strength from 860 Watts to 3,000 Watts of ERP in 1970. In 1973, the station changed to oldies and adult standards music format. By 1979, WFRI switched to a Top 40 pop music format, and again in the first quarter of the 1980s changed the format to classic rock branded as “Rock 97”.
In November 1984, Fuller Broadcasting Company, Inc. purchased WFRI and AM station WAOA. WFRI’s switched to a country music format from the “97 Rock” classic rock. The FCC assigned the current call sign WKKR, matching the branding on March 1, 1985.

n 1988, WKKR together with AM sister station WZMG (now WTLM) became the first stations in Alabama to receive the National Association of Broadcasters Crystal Radio Award. WKKR is constantly selected as “Best Of” in the local “O.A. News” and The Country Radio Seminar in Nashville, Tennessee awarded it the 2008 “National Promotion of Year” Award.

WKKR has four sister stations, WMXA, WPCH, WTLM, WZMG. It is a full-service Class A FM station at 97.7 with facility ID 22875. Operating at 3100 Watts, the station’s digital status is analog with non-directional antenna mode.