CJLV 1570 AM is a French-language radio station broadcasting from Laval, Quebec, near Montreal, Canada. The station broadcasts Oldies/Full-service format under the ownership of Radio Humsafar Inc. It broadcasts with the power of 10,000 watts as a class B station on a 1570 kHz frequency. It uses a directional antenna pointing east. The antenna has a slightly directional pattern during the day and a tighter pattern at night. Its purpose is to protect Class-A clear-channel station XERF AM in Ciudad Acuña, Coahuila, Mexico.

CRTC approved the station to operate a new commercial French-language AM radio channel on July 2, 2003, in Laval by Gilles Lajoie and Colette Chabot. When it opened on March 9, 2004, it played a mix of adult standards and oldies. In July 2010, AM station focused more on oldies songs from the 1960s, ’70s, and early ’80s. Formerly, it presented itself as Radio Nostalgie. Later it moved to Radio Boomer AM 1570. 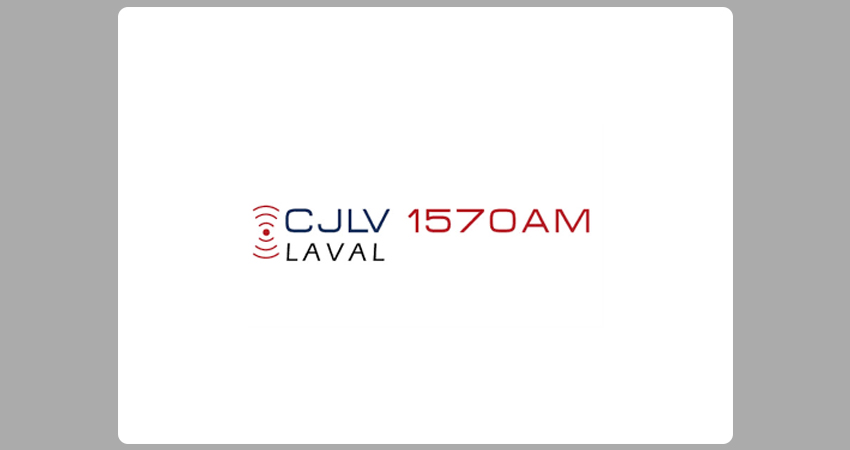 Radio Humsafar Inc. bought the channel in July 2010 and shit to a more traditional oldies format. After that, it rebranded itself as La Radio de Vos Souvenirs. Its new owner, Mr. Jasvir Singh Sandhu, announced that the radio would be reopened on July 24, 2010, with a new call sign CJLV. The channel changed its branding to AM 1570 in 2013 and added the La Radio de Vos Souvenirs tagline. In addition, it expanded its format to full service with sports and news updates.